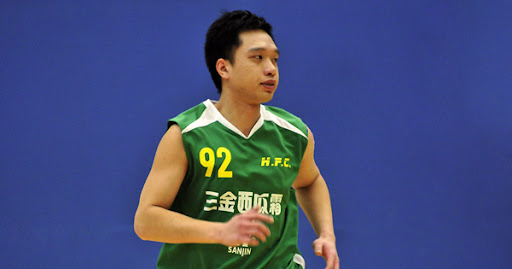 H.F.C. spoiled the defending champion Dream Team’s seaon debut with their depth, especially the first player in SBL to top the 400-point mark. H.F.C. win their second straight game this season after a 46-29 victory over Dream Team, who played with Man Chun Chow, their leading scorer last season, on the sideline only.

Tabo Chak was perfect from the field — one field goal made — and at the line by making all eight free throws. But that does not come as early as expected.

Dream Team started the season late, only on the fifth game day after 15 games were played. But the team did not start slow. Ho Yin Tai and Seung Lung Chin (Leo) scored the game’s first two baskets before Ben Yu hit a three Tabo’s first two foul shots that took back a 5-4 lead. Tsz Chiu Chim made all his four free throws in the first period, which sandwiched a basket by himself and another by two foul shots from Chun Hong Tsoi as Dream Team establish a 5-point lead again before 2nd period begins.

Both teams struggled in the beginning of the ensuing period.

After seven turnovers and nine field goal misses from both teams, H.F.C.’s new big Andy Ching break the ice with a basket followed by a foul. He made the free throw to complete a 3-point play and pulled within 10-12.

Ben Yu’s three point shots and Nikko Kwok’s points from the charity strip helped H.F.C. to re-gain the lead at 20-16 at half-time.

After serveral exchanges of basket, the game was still not separated by more than five points. H.F.C. needed a timeout as Chun Hong Tsoi’s free throw cut Dream Team’s deficit to only two points.

The teams combined to shoot 26-38 from the free throw line.

Chun Hong Tsoi missed all his field goals but managed five points from the free throw line. Dream Team averaged more than four treys per game in 2009 but had only one on 12 attempts in this game. H.F.C. had six treys.