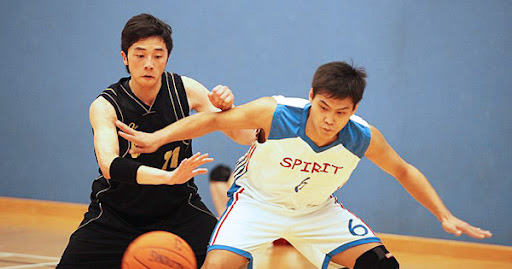 Perhaps the worst performance by SAMURAI in four games this season, still they defeated the opponent after a 31-24 victory over the also-sluggish SPIRIT, which dropped to 0-4 and is on brink of missing the playoffs.

Missing all eight attempts from the floor, SAMURAI had a dismal shooting to begin. The nine turnovers in the same period was neither helpful.

Things turned to an opposite direction from then.

Back-to-back three pointers from Eric Leung helped SAMURAI to take the lead back at 9-8 and brought the momentum back to this one of the first teams in the league.

Chi Fu Yuen’s two free throws tied the game at 14-all, but that was all SPIRIT could scored in the third period. Kelvin Ng scored all his six points in the period and helped SAMURAI to lead 18-14 into the final period.

After having six turnovers each in previous game, the Lai’s brothers each had four. Patrick Lai scored only three points on 1-6 shooting but added seven boards and three assists. Little brother Jackie Lai was not having his shooting touch either with 2-11 and six points but he added a game-most 11 boards and one assist and blocked shot apiece. Holman Kwan also had six points.

Despite having three victories in four games, SAMURAI is scoring only 31.3 points per contest, with only two teams scored less points. SPIRIT is averaging 27 points while G.T. Explorers (2-2), included a 2-point outing against Photons, had a league worst 25.3. All three teams played four games so far this season.