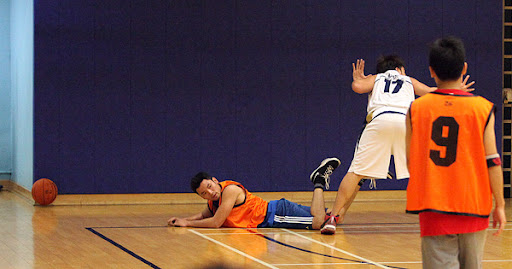 April 11 ended up to have a one-point nail biter down the stretch but followed by three one-sided games. Here’s a round up for last Sunday.

With only five players at tip-off, GRIZZ was out-matched completely by the defending champion. Man Chun Chow notched a game-high 18 points, Ka Shing Hui and Chun Hong Tsoi each added 11. Seung Lung Chin returned from a one-game absence and scored 6 points. Ka Wai Fu took the floor for the depleted GRIZZ but was ineffective with back injury. Leo Chow had a team-high 14 points but GRIZZ had 19 turnovers and allowed Dream Team to make almost half their shot (48.9%). GRIZZ’s loss drop them to 2-3 and have its last game against division leader H.F.C. (5-0) on May 2. 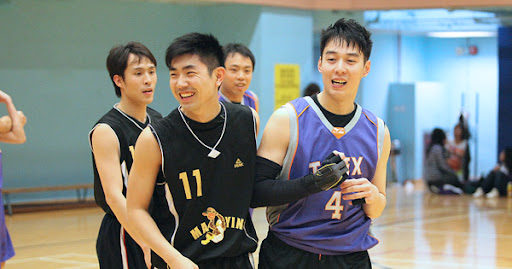 Another short-handed team in the same evening, T-REX scored only 22 points and allowed 57 by MA YING. Chung Ming Mok scored a game-high 15 points and dished five times. Lewis Lau added 10 points and four other MA YING scored at least six. Jonathan Poon was held scoreless through three periods and got only five at game end. T-REX is the first team to finish division games and the 4-2 record is currently still atop and will give them at least a 3rd -place base. 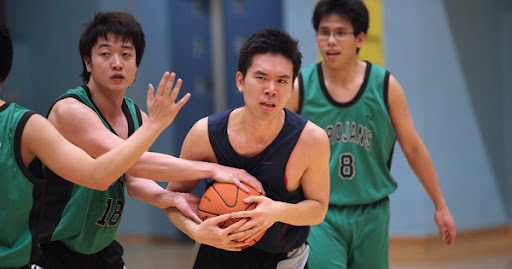 D.S.F. led 4-0 at game start but was completely out-scored the rest of the game. Mike Mak scored a team-high 11 points while Jerry Lee and Michael Lau added 10 and nine. All twelve Trojans took the floor in the blow-out and all but one did not score. D.S.F., meanwhile was able to match their size with rebounds but 20 turnovers did not help them at all. Michael Chan and Mathew were the only scoring highlights for the team. The loss dropped them to 1-5 and won’t confirm a playoff berth until one more victory or a Chung Sing loss. 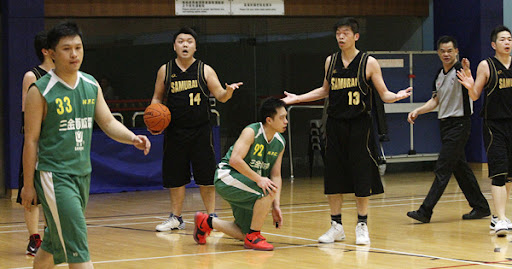 Down by seven with less than 40 seconds, Jackie Lai rallied SAMURAI with seven points and a steal but with only one single second left, Tabo Chak calmly hit the first free throw and intentionally hit the next to the rim and the ball bounced as game end. The 44-43 victory helped H.F.C. to improve to 5-0 and clinch the first place in FORCE Division. (Recap)