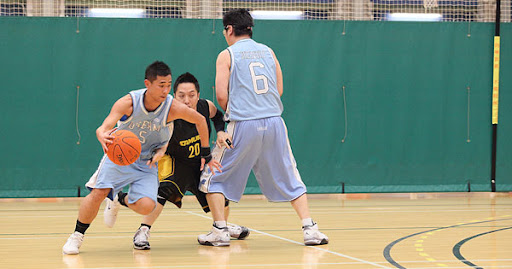 SAMURAI played their best game this season but faced the toughest match-up against Dream Team. The 38-46 loss dropped them to 0-3 and is one of the only two win-less team in the FLIGHT Division.

Despite a best game played by SAMURAI in three games, they could not avoid falling its third game and lost half of their division games.

Jefferson Tong, who scored the team’s first points in his début in new uniform and tied the game before Dream Team used a 6-0 run for an 8-2 lead. Two free throws from Dickson Chau cut it to four with two free throws, but Chun Hong Tsoi scored a three-pointer that gave Dream Team a seven-point lead into the second period.

While it looked like SAMURAI is going to collapse again, they did not. Man Chun Chow’s basket maintained the seven-point advantage, which was evaporated in the final minutes of the first half.

Eric Leung swished a three-point shot from the right wing that cut the lead to two only but Chow answered by his own long shot to re-gain a 20-15 lead. Following a free throw from Mark Au, Eric hit another basket from deep as Dream Team was allowed to bring only a one-point lead into the intermission.

The teams exchanged a couple of baskets to begin the second half before Chow’s two points put Dream Team ahead with six points. After Partick Lai cut it to four again, Chun Hong Tsoi extended it to seven with another three-pointer mid-way through the third period.

Dream Team brought a seven-point lead into the 4th period and SAMURAI could not get closer than that the rest of the game.

Led by 14 from Tsoi and followed by 13 from Chow, all Dream Team points come from their starters while the bench had only one field goal attempt from Ho Yin Tai, who tried a three in the first period.

The game got heated in the beginning, a few shoves and hard fouls from both teams led to some word exchanges but neither team got too far and their composure were maintained.

SAMURAI averaged 32.5 points last season and did not score more than 31 points this year entering the game.

D.S.F. is the only other 0-3 team in FLIGHT Division. SAMURAI will meet D.S.F. in May for the last division game before play-off begins.carol