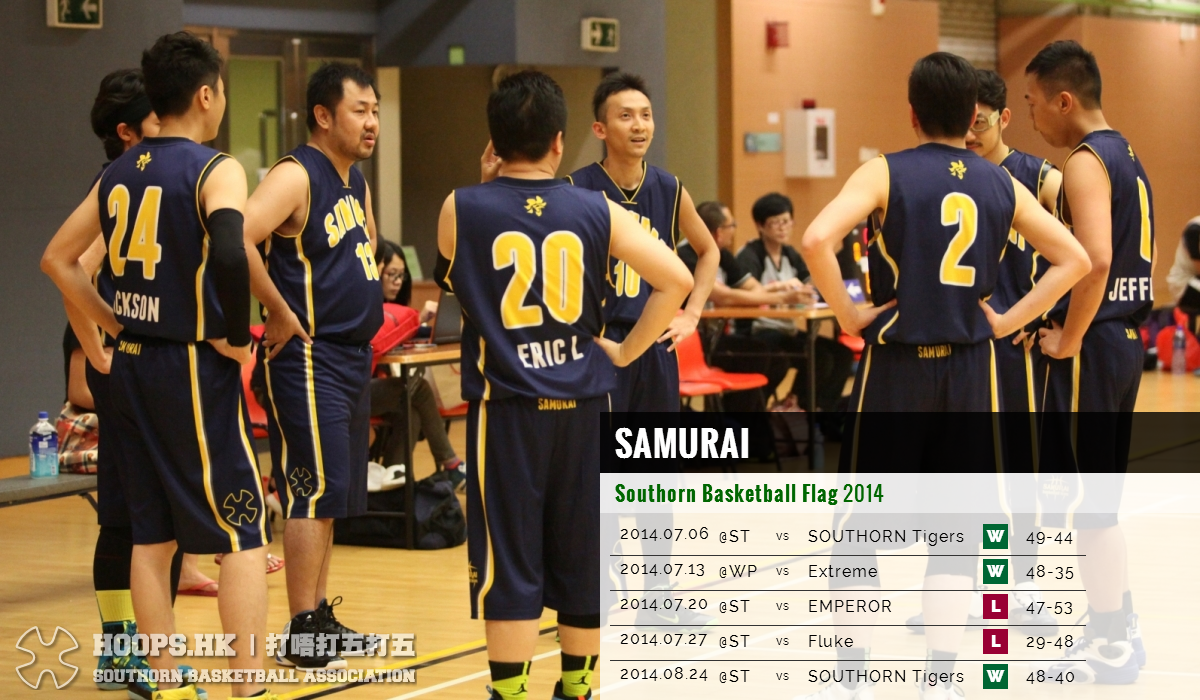 SAMURAI scored 47 or more points in four of the five games this summer, when they had more wins than losses.After edging Tigers in a 49-44 series opener, SAMURAI took advantage of the newly formed Extreme and won a second straight game by 13 points.

They kept the game close against EMPEROR, but while they could score 47 points on the eventual 1st runner-up, SAMURAI couldn’t find a stop and allowed 53 points.

Somehow, SAMURAI couldn’t find a beat in the win-or-go-home game against Fluke in the loser bracket. They scored 15 points while allowed 28 points in the first half and Fluke kept the cushion throughout the second half for the win.

Entering the final game of the series, SAMURAI beat SOUTHORN Tigers again and ranked 5th overall. It was the 20th meetings bettween the teams including all Leauge, Flag and Original Four.