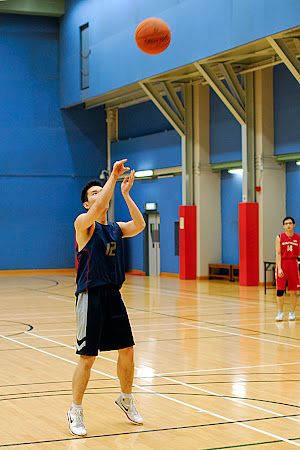 A free throw attempt (FTA) is charged to a player when that player shoots a free throw unless there is a violation by a defensive player and the shot misses. That is, a player should not be charged for an FTA that is influenced by the illegal actions of an opponent, unless the shot results in a free throw made (FTM).

An FTM is charged to a player any time a free throw attempt by that player results in a score of one point being awarded.

If there is a violation during the free throws, the statistician should very clearly observe what the officials are awarding, who the violation was called on and what the result of the call is. The following statistics apply:

When a player on the defensive team commits a violation

When the shooter commits a violation

If the free throw is successful, it will be cancelled.

In all cases, irrespective of whether the free throw is the first, second or third of a series, an FTA is charged to the shooter. Examples of a shooter’s violation are:

When a team-mate of the shooter commits a violation

The officials will not cancel a successful free throw when an offensive player violates so charge an FTA and an FTM to the free throw shooter.

In all of the above situations, NO turnovers have occurred because the offensive team is considered to have made an attempt at a free throw goal (see the definition of turnovers).

If a wrong player is attempting a free throw, the FTA as a result of the error and all activity involved therein shall be cancelled unless there are technical, unsportsmanlike or disqualifying fouls called during the activity after the error. The game will be resumed after the correction of the error. All FTM’s or FTA’s charged to the wrong shooter shall be nullified.

If a technical foul has resulted in free throws being taken immediately before the start of a period, the FTA (and FTM if successful) should be counted in the new period. This is regarded as a foul during an interval of play and penalised as if it had occurred during the period that follows the interval.

(a) A1 is charged with an FTA and an FTM. (b) Do not charge A1 with an FTA – a substitute free throw will be awarded.