May Round-Up: Done in SBL 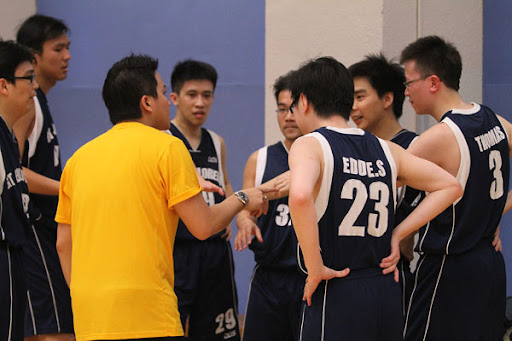 SOUTHORN Tigers came as close as a tie in the final period against GRIZZ in the first round playoffs but was out-lasted and exited after the 38-49 loss on May 16. Benny Wong scored 16 points and became the first Tiger ever to average double-digit scoring (11.4 ppg) in a season.

In the same afternoon, G.T. Explorers played without any lead-guard and was routed 25-73 by T-REX. With Kit Cheng sidelined by injury and the absence of Ivan Choi’s ball handling, Kim Chau’s outside shooting and Van Law’s size, the Explorers was completely out-played but the bigger and faster T-REX. The top three scoring by a team in a single game, 73, 68 and 62, were all come against the Explorers where the two new ones were both done in this season.

Despite a still subpar performance, SAMURAI beat two former teammates Michael Chan and Benson Kwong who are on another lowly playing team D.S.F. and SAMURAI was the only O4 team to advance. SAMURAI could not break-out their game, however, and allowing a 0-to-25 run in the next game agasint MA YING had their playoff run ended just one week other comrades among the original four teams were gone. Despite the departure of Chi Chiu Au and his scoring, SAMURAI did score more (32.5) than previous season (31.3) but is ranked only 11th in the league. Worth a note are the two double-doubles this season, both by Jackie Lai (10.4 and 7.5), were the first time ever any SAMURAI got double-figures in two categories.

G.T. Explorers and SOUTHORN Tigers are going to take part in Southorn Basketball Flag. SAMURAI Eric Leung will join former teammates Michael Chan and Benson Kwong in D.S.F. uniform while Jackie Lai is going to be in red uniform in this series for Tigers, who also may see action from M.I.B. Gilbert Fu.

Southorn Basketball Flag will begin on June 27 at Shek Tong Tsui Sports Centre. G.T. Explorers will play at 17:00, followed by SOUTHORN Tigers at 18:00.