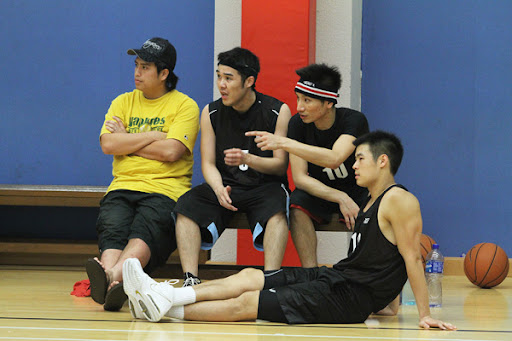 D.S.F. looked to bounce from an disappointing S.B.L. season as they started the Flag series as one of the first teams to play. Tied at eleven-all early in the second period, D.S.F., however, allowed 16 straight points by Wild 6, mostly on fast-breaks. It was extended to a 18-0 run as Wild 6 scored the first points in the second half but D.S.F. came close to 33-22 at the end of the third after a three-point play by Alex Li. D.S.F. could only came as close as 7 points the rest of the game. Benson Kwong scored a double-double with 10 points and eleven rebounds. Michael Chan added also 10 points. All eight Wild 6 players scored and five or them scored at least six points. Wild 6 will face H.F.C. on 4th of July in second round. 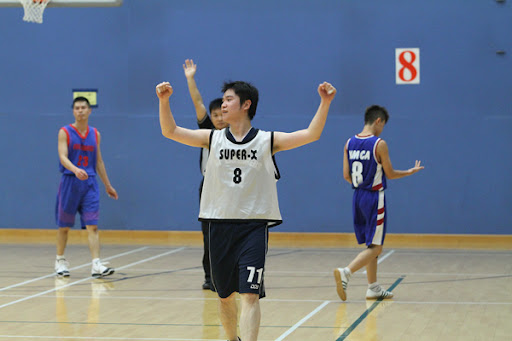 Down at 31-32 in the final period, Barton Lai scored two points and was fouled to take back an one-point lead for G.T. Explorers. He could not finished the three-point play but Challengers just could not score again the rest of the game. Perry Tam led all Explorers by eleven points, Phillip Lai added 10 and Barton Lai had eight, while Sing Sun Lau  scored 11 points for Challengers. G.T. Explorers will meet Dream Team in next round. 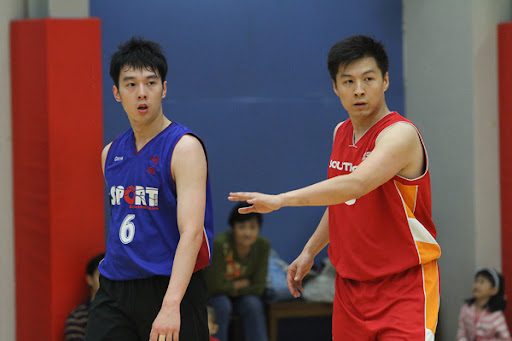 Jonathan Poon had 13 points and ten boards as T-REX routed SOUTHORN Tigers in the Flag début. Tigers were held scoreless in the first period, but would outscored T-REX in the second period and was down at 10-6 at half time. The Tigers would even came as close as two points in the middle of the third period but T-REX avoided them from rallying back and scored 24 half time points to be the highest scoring team on Sunday. Jackie Lai scored eleven points first time in red and Ben Cheng added eight. Vincent Siu added seven points and six rebounds and all T-REX scored at least three points. Chung Ming Mok returned to play for T-REX and will face MA YING, his team in SBL last season, in the next round. 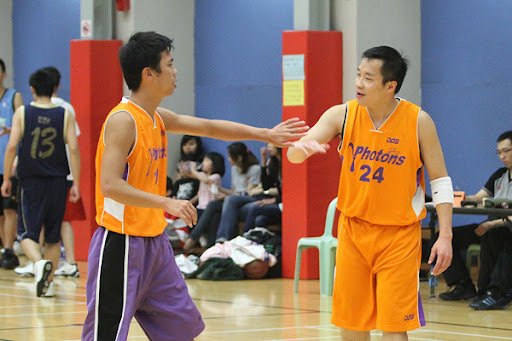 Alex Choi scored a team-high eleven points and nine boards and helped Photons to win their first game in the Flag series against Squirrel. Franky Chan and Jason Lee each added seven points for Squirrel but was not enough to comeback in the second half from the deficit. Photons will have an S.B.L. play-offs re-match against Trojans on Sunday.