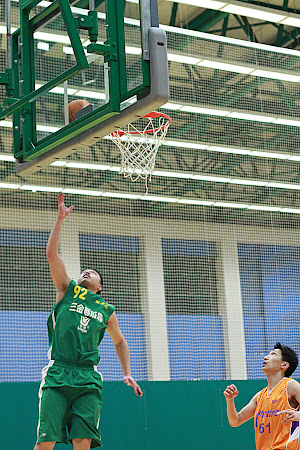 A field goal attempt (FGA) is charged to a player any time he shoots, throws or tips a live ball at his opponent’s basket in an attempt to score a goal, and the goal is missed or is not counted. An FGA can occur from anywhere on the court, regardless of the shooting motion or expiration of time.

A field goal made (FGM) is charged to a player any time an FGA by him results in a goal being scored or being awarded because of illegal interference with the ball (goal tending) by a defensive player.

When a player or any of his team-mates is fouled in the act of shooting and the shot results in an FGM, then an FGA must also be charged.

A field goal attempt (FGA) is not charged to the shooter if the shot is nullified because of illegal interference with the ball (goal tending) by an offensive player. An FGA is not charged if the player is shooting the ball, when a team-mate commits a violation or foul just prior to the ball being released. The official will call the violation or foul and signal that the score or play following the call is cancelled. This indicates that the ball was not released for the shot prior to the infringement so no FGA is charged.

An FGA is not charged if the player is fouled in the act of shooting and misses the FGA.

When a violation or foul is committed by the shooter or a player from either team, after the ball has been released for a shot, an FGA is charged because the shot would count if successful.

When the defensive team is in the team foul penalty situation and a defensive player fouls an offensive player attempting a two-point field goal, it may be difficult to determine if the ball was in flight before the shot was released. This is because the official will award two free throws to the offensive player either because the player was shooting or because of the team foul penalty. The statistician needs to pay careful attention to the official in case the official signals that the shot from the field is cancelled or makes a comment along the lines of “… foul before the shot … “. If some doubt remains, the statistician has to make a judgment call, and as a rule of thumb, should presume the foul occurred first so no FGA is charged to the offensive player. In a similar situation except the offensive player was attempting a three-point field goal before being fouled but is awarded only two free throws, the foul was clearly after the shot.

A tip (also called put-back) by an offensive player counts as an FGA (and an offensive rebound) if the player’s tip was under control and a genuine attempt to score a goal. If the tip results in an FGM then player control exists.

An area of difficulty that might arise for the statistician is the question of whether a pass or a shot is being attempted. An offensive player often acts as if to shoot only to pass off to a team-mate at the last moment. The alley-oop is the most likely to be controversial, especially if the player meant to be on the receiving end of the pass makes no attempt to catch and shoot the ball. In this case a turnover will be charged instead of an FGA.

2. A2 shoots an FGA, and in the fight for the rebound B5 accidentally tips the ball into his own basket.

If the touch by B5 followed a shot that had obviously missed and the defensive team did not gain control, an FGA and an FGM is charged to the team captain of the offensive team (Team A).

3. With one second left in the third period B4 captures a defensive rebound in his own half, turns and tosses the ball at the opponents basket.

Charge B4 with an FGA, and if the basket is made also charge him with an FGM.

As long as the action by 84 is an attempt to score, then an FGA must be charged regardless of how far he is from the basket.

4. A1 shoots an FGA and the ball lodges on the basket support.

A1 is charged with an FGA. No rebounds are charged as it is a dead-ball rebound.