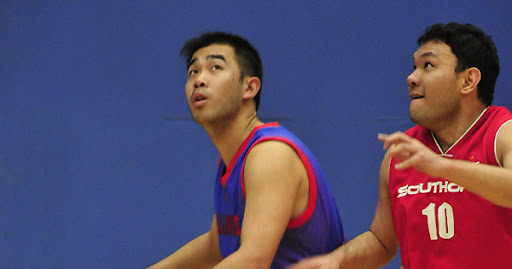 A scoreless final period put Tigers into a hole big enough to overcome. Challengers beat SOUTHORN Tigers 39-31 on Sunday and improved to 2-1 after the second straight win.

Lap Chan’s three-point play to begin the game for Challengers and Stephen Tsang’s first basket give Challengers a 7-2 lead when they only missed one of the first four field goals.

After Benny Wong tying the game at seven by a 3-pointer, Ben Cheng answered with his own three-point play and helped Tigers to re-gain a one point lead at the end of the first period.

Benny, Ben and Terence Chan combined for the team’s next 11 points and Challengers could only had two foul shots by Tsz Leung Chang and SOUTHORN Tigers had a 10-point cushion.

Tung Heung made 5 of six free throws before the end of first half while the Tigers cooled off and Challengers were only down 16-22 at half time.

Benny scored his 12th points and dished to Chi Wing Chow for a layup under basket when Tigers re-gain some momentum for a 28-20 lead mid way through the 3rd period. Terence’s three-point shot kept the lead at eight before Lap’s basket pulled within six again entering the final stanza.

And it’s when the Tigers collapsed.

Bryant Chan hit two free throws for a 34-31 lead more than a minute left. Benny missed threes and the team’s turnovers down the strech failed their hope to comeback.

Benny scored 10 of his season-high 12 points in first half, but had only one basket in the second. Starting forward Patrick Tse was late to game. Ben Cheng started in place.

Lap was the second player on Challengers to have a double-double. Yu Yin Hon, who set a league record 17 rebounds last season against Tigers in overtime, did not play.