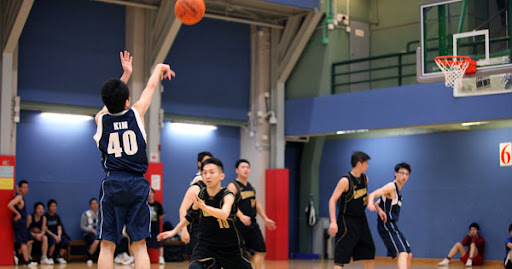 Miles scored the game’s first points from three-point range when G.T. Explorers took a 3-0 lead to begin the game, but Jackie Lai was straight hot since the beginning, hitting all this four attempts from the field, including two three-pointers, and scored all the team’s 11 points in the period.

Both team struggled to score in the second period, when each had only three points. G.T. Explorers was 1-for-4 from the field, including a badly missed easy layup from Ivan, while committed seven turnovers. SAMURAI shot 1-for-8 from the field in that span, and made only one of the four free throws.

Eric Leung, who made three treys in previous game missed all his four three-point attempts from field — all in second period — but grabbed three rebounds and added two steals.

The Explorers had another seven turnovers in the third period and missed all five field goals for zero points. Holman Kwan, Jack Chiu and Jackie each added two free throws and SAMURAI managed to have eight points which brought them a double-digit cushion into the final stanza. Just it did not last very long.

Looking short of time to comeback from a ten-point deficit, the Explorers took advantage with the SAMURAI scorers resting on the bench as the 4th period begins.

After missing all his first five attempts in the game, Kim Chau hit his first three-pointer that brought the team within 18-22. After two free throws from Barton Lai, Kim made back-to-back three-pointers and turned it over to a four-point lead at 26-22.

Holman’s basket cut it to 24-26, before Ivan Choi made three of the four free throws and they even grabbed the misses. Miles was fouled and seal the game with two more free throws and helped the Explorers to win the second game of the season.

G.T. Explorers had twelve players played in this game. being one of the first teams playing when the league begins, the Explorers won only eight of their 35 games played but was 3-3 against SAMURAI. Beating SAMURAI last season put them in winning the tie-breaker for the playoff berth as both teams won only once in 2009. Both teams already won twice in 2010.

The teams combined for 37 turnovers.

The 12-point deficit comeback is the second largest margin overcome by any team at anytime in the game and is the biggest 4th period comeback in league history since the figures was traced.