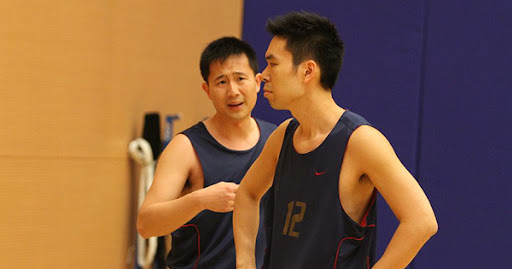 Benny Wong scored 12 points, Ben Cheng added 11 and collected six boards as SOUTHORN Tigers handed D.S.F. its fifth loss of the season after a 41-31 victory at Western Park. The lone victory for D.S.F. (1-5) left them remain tied with Chung Sing (1-4), which has one division game left. The victory locked the Tigers in a 4th place and will face the fifth placed team from FORCE division, which is yet to be determined.

Tigers missed their first seven shots in the game and D.S.F. started it strongly with a 6-0 run. After Ken Leung’s three-pointer cut it to 7-8, Paris Chan and Benson Kwong combined for four points that put D.S.F. to a five-point lead. Benny followed his first trey in the game with one off the glass right before the buzzer which close the first period 13-12 for Tigers.

Benson Kwong scored the first basket in the ensuing period, but that 14-13 lead was the last time D.S.F. were in front. Ben Cheng dished to Patrick Tse’s three-point shot and scored four points that capped a 7-0 run. He later dished to Benny in a fast break and Ken Leung hit two of three free throws as Tigers carried a 24-17 advantage into half-time.

A basket early in the 3rd period by Chi Wing Chow put Tigers to 31-17, and D.S.F. could only score three more points and was down by fifteen points entering the final period. D.S.F. had only one field goal in that span and committed five turnovers.

Capped by Mathew Wong’s three-pointer, D.S.F. started the final period by a 9–2 run that turned the deficit to single digit mid-way through. But time is not enough for D.S.F. to comeback and Tigers just hang on to win a second straight game entering playoffs at the 4th in FLIGHT Division.

D.S.F. had only six players dressed, but committed 28 turnovers. The team won all six division games last season before losing in a first time in playoffs.

Ken Leung reached the 100-point mark and Benny just scored his 300th point late in the 4th period. Patrick Tse, the winner of the first Three-Point Shoot-out organized by SBA, made his first three-point basket in an SBL game.

A loss by MA YING (3-2), which lost to Trojans in the same evening, to Challengers (2-3) on May 2 will leave the teams and Tigers in a 3-way tie but that won’t change Tigers’ position. With only one win after all division games were finished, D.S.F. (1-5) need a tie with Chung Sing (1-4) to advance. Chung Sing will face the unbeaten Trojans on May 2.

Chung Sing is the only active team that has not win over D.S.F. since they joined SBL in the same year.