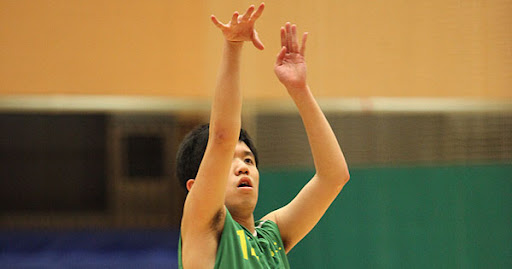 Andy So scored 17 of his team-high 21 points only in the first period, hitting five three-point shots in that span and concluded the evening by a setting a league record six treys on Sunday.

GRIZZ scorer Ka Wai Fu looked more like himself in the game,  hitting two free throws and scored four points off the bench in the first period. He missed only once in the second and finished the first half with 10 of his team-high 14 points. But he finished the game with a scoreless final period when he missed all five of this attempts in that span. And surely he is not the more favoured “So” in this game.

Andy’s shooting boosted a 24-point first period which out-scored GRIZZ by a double of points scored. With Andy on bench, both teams cooled down in the next period but H.F.C. still carried a 30-19 cushion entering the second half.

Kit Sam Tso was two on three from deep and he and Ka Wai Fu combined for all 10 GRIZZ points in the third period. But the game was never closer too much as Andy So hit his sixth trey and Marco Tse made another in the mix of twelve points by the unbeaten H.F.C., bringing a 13-point lead into the final stanza.

GRIZZ could only get worse down the stretch and since Dream Team did beat G.T. Explorers earlier in the evening, the final standings in FORCE Division was fixed.

Andy hit at least one three-pointer in seven straight games and was one of the six players that had a streak of at least one three-pointer in more than eight games. The sharp shooter totalled 17 shots from beyond the arc in six games this year and topped the record of 16 made by Benny Wong last season while H.F.C. still has one or more games to play in the rest of the season, depends on the playoffs results.

Both teams had core members (Colin Wong and Leo Chow) did not play.