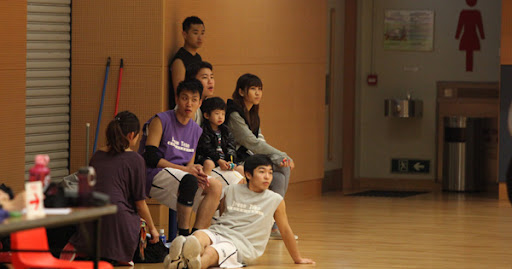 The usual starters for Dream Team started the game on the bench and Dream Team beat G.T. Explorers 49-41 despite a scoreless combo from Seung Lung Chin and Chun Hong Tsoi.

If the rout cannot show the depth of the Dream Team, still this game let other teams know they are still the defending champion.

With various minor injuries, Man Chun Chow, Chung Hong Tsoi and Seung Lung Chin all began the game on Sunday from sideline and none of the team’s leaders in scoring could reach double-digit.

Led by 15 points and 17 boards from Tsz Chiu Chim, Dream Team did not trail through out the game despite G.T. Explorers made it a close-fight for 40 minutes.

Down at 2-11, Raymond Ho scored two and Eddie Sze added a three-point shot that close the gap to 7-11.

Chiu finished the first period by a three-point play and six straight Dream Team points that put G.T. Explorers to a 7-14 hole early.

After making two baskets for four points, Miles Chu dished to Aston Lie and the three-pointer cut the deficit to only 14-16 early in the second period. He made another layup and Ivan Choi’s split a pair of free throw later that tied the game at 21-all.

After Man Chun Chow and Raymond Ho exchanged baskets, Dream Team used a mini run to end the first half with a 27-23 lead.

Despite the usual starters took part finally in the game, Dream Team did not get away from Explorers much still.

Ivan completed a three-point play early in the third which cut Dream Team’s lead to one again. He made two more free throws later and Miles made his own free throws that kept the Explorers at only 30-32.

Dream Team carried the momentum into the 4th period, an 8-2 spurt extended the lead to 45-34 before Explorers called a time-out in the middle of the period. G.T. Explorers could not get closer than eight points the rest of the game and the result of this game confirmed the final standings in FORCE division entering playoffs.

Kim Chau, who led Explorers with 9.3 points in four games, did not play. After the game, Kim leads in all five major categories even with a 2.8 rebound per game since no other team-mates had played for more than three games who had more.

After a 16 point effort, Seung Lung Chin was scoreless and dropped his scoring average to 7.2 per contest, which is now 4th on team.