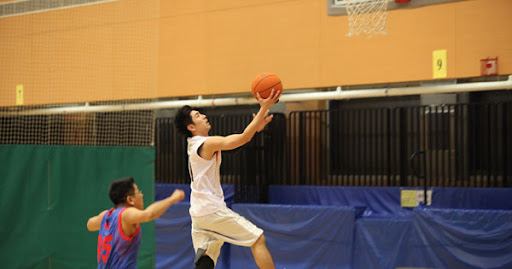 Chung Ming Mok scored 22 points and MA YING held Challengers to only a dismal six first half points as the new SBL team moved to the second place in FLIGHT Division entering playoffs after a 56-33 victory on Sunday.

With another couple of players sidelined, Challengers never looked like the team that comeback to win against SOUTHORN Tigers or the team that beat D.S.F. in overtime.

Missing all but one field goal in the first ten minutes of the game, Challengers could only get another three more points from Tung Heung, who made them all at the line. Meanwhile, Chung Ming Mok missed only one basket from the field en-routed for 11 first-half points and MAY YING made exactly half of their shots before halftime.

After Boris Lee’s basket that put MA YING up 34-6, both teams could not score until Tung Heung grabbed his own miss for a lay up, the 8th points by Challengers. Tung Heung ‘s two free throws helped Challengers to reach double-digit scoring finally with less than three minutes left in the third period and Bryant Chan’s three set the score at 15-39 through three periods.

Stephen Tsang led all Challengers with 13 points but 11 of them came from the final period.

Ivan Shiu was one rebound shot for another double-digit scoring and is ranked second only behind Ming Yan Tsui from his former team Photons.