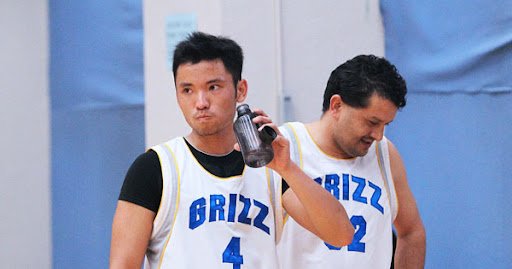 Take a break, but it’s a short one. The first round this year started with an upper-seed loss, followed by two blow-outs and finished with a sluggish close-fight which still ended as a double-digit loss at last.

Back-to-back three-pointers from Benny Wong in the final period cut the lead to only two for SOUTHORN Tigers and Patrick Tse’s layup helped to tie the game at 35-all in the middle of the final period. But the Tigers failed to kept the composure while Ka Wai Fu, regaining his form after missing time, and Kit Sam Tso combined for 12 of the team’s final 14 points as the GRIZZ beat Tigers and will face H.F.C. on May 23 at Shek Tong Tsui Sports Centre.

Alex Chan led all Photons with 13 points and all eight Photons scored at least three points in 58-29 victory over Challengers, who got 14 and 9 from Ken Sy. Stephen Tsang shot only 4-13 from the field and the team got little help els where. Tl Li had 10 points and Cherry Tsui added nine by three three-pointers.

T-REX dominated with their size advantage over the short-handed G.T. Explorers. Grabbing 24 offensive rebounds and fifty-five in total, T-REX scored a league record 73 points and will face defending champion Dream Team after the first round victory. Wing Kit Tang had 25 points and ten boards, Jonathan Poon set a new rebound record with 20. Raymond Ho was the lone bright spot from Explorers with 12 points. The most points scored by a single team was 68 by Photons in January which set also against Explorers.

Jackie Lai scored the second double-double for SAMURAI with 11 and 10. He led all scorers in the game despite shooting only 5-16 from the field. Jack Chiu and Patrick Lai combined for 4-for-19 and each added 5 points. 7-6-5-4: Mathew Wong scored seven points, Benson Kwong had 6 while Paris Chan added 5 and Michael Chan was held to only four points. The D.S.F. scoring leader did not scored less than six points since the beginning of 2008 when D.S.F. joined SBL but he had six points twice this year.

The second-round four games will be held on coming Sunday at Shek Tong Tsui Sports Centre. 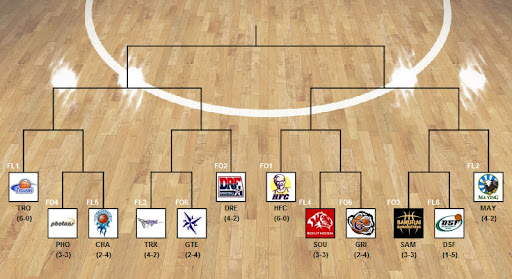