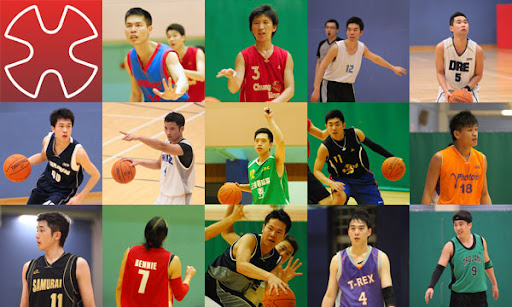 Another six months of Southorn Basketball League ended. Thank you very much to all participants, teams and players, and especially all helpers who gave us all the information and extra stuff outside the basketball court. The league would not be this fun without all these bonuses. Here is a short round-up of the league this year.

We may not have professional statistics, but the final score cannot lie. The scoring per team this year is 38.3, exactly two more points than the previous high, which was 36.3 in 2008. While the figures for three-point shot and free throw remains significantly similar, the are more than one field goal per game.

Photons scored 68 points against G.T. Explorers to become only the third team in the league to top the 60-point plateau, and the 66-point difference easily become the biggest margin in any game ever played.

The highly inconsistent Explorers, in another game later in the season, scored more than two dozens of points but was defeated by only 48 points in the first round play-offs, but the 73-25 loss made T-REX the first team ever to reach seventies.

With the help of an extra period, SOUTHORN TIgers edged MA YING 57-53 and the 110 total points combined is one point more than the record set two years ago.

Trojans beat SOUTHORN Tigers 57-44 this season and was ranked 4th among highest scoring games did not go to overtime.

While there were 21 unsportsmanlike foul in each of the past two years, only 15 occasions this season we saw someone not looking like a sportsman. The seven technical fouls recorded is only one more than 2008 and two than last year.

After going for an innovative 1-2-4-Point shoot-out for two years, we did an old-school, traditional game — She-Key — as a new side event as part of the Southorn Basketball League.

When will we afford ball racks (and get rid of good friends’ bad passes) for Three-Point Shoot-out? Or are we going to have Skills Challenge one day? Who knows we finally got some leapers that allow us to have a Slam-Dunk Contest.

Well, this is not really something to or by the league. But we did see some real advertisement. Sponsored by a pharmacy company, H.F.C. not only recruited a new set of jerseys but also with the company’s name at the back and the product name in the front.

There is a redesigned INSIDE HOOPS.HK the customized League site on iPhone OS and then the Facebook Fan Page started to be in use as well as an automated update to the Tweeter site, which all make the information around HOOPS.HK universe to be distributed easier than before.

What else? You name it.

Thanks again everybody and hope you enjoyed the season.