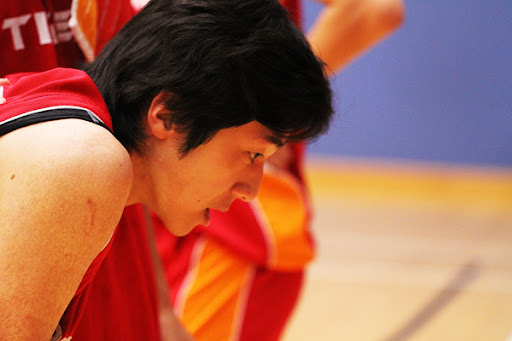 Southorn Basketball Flag began on June 27, only half of the Original Four teams, SOUTHORN Tigers and G.T. Explorers joined the game.

While Eric Leung from SAMURAI suited for D.S.F. in the series, Jackie Lai followed, but going to the event in Tigers uniform. Gilbert Fu also joined Tigers instead of being M.I.B. or SPIRIT. Gilbert not only helped to fill SOUTHORN Tigers’ roster as Edward Fong was injured seriously, but also re-united with former team-mates Ben Cheng and Adrian Chou.

G.T. Explorers defeated Challengers 39-32 to advance but then lost two straight to Dream Team and Squirrel and fell to Consolation.

SOUTHORN Tigers was not better, and lost two straight to start the series, going straight to consolation. After losing to the surging T-REX in the first round, SOUTHORN Tigers had a close fight against H.F.C. but fell short at last.

G.T. Explorers and SOUTHORN are going to face D.S.F. and Challengers respectively in the consolation games of the event. D.S.F. and Explorers will play on Aug 15 at Western Park while Challengers will meet SOUTHORN Tigers on Aug 22 at Smithfield.