Down the stretch, only three teams left to fight for the FLAG. What Photons have not done twice yet is not losing, but they are beating the same team again. Can they do it again and again? 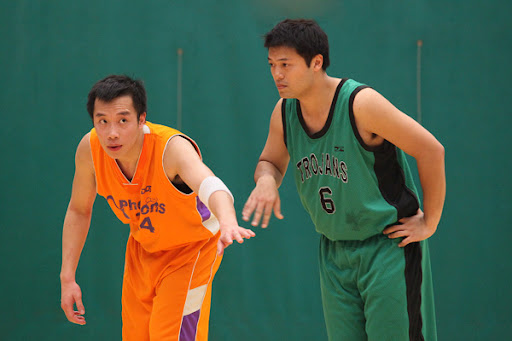 In a heated final period, if not the whole game, Trojans tried hard to come back from 11-point deficit after three periods and the three-pointers from Jerry Lee had cut it to single digit. Jerry and Siu Lung Cheung each scored nine points in the game, but they were once again defeated by Photons. Alex Choi poured 24 points, including nine in the final stanza and hit 8-on-16 from the field, including a perfect 4-on-4 second period. Harris Wong was fouled out in the final period but grabbed 13 rebounds and added nine points. Photons will face T-REX again on Aug 22.

The Explorers scored the game’s first four points and held D.S.F. to a single field goal in the first period. However, the 7-2 lead was short-lived as D.S.F. rallied from behind and took a 33-16 victory. D.S.F. will play in the 9th-place game on Aug 29 at Sheung Wan, and await the winner between SOUTHORN Tigers and Challengers, both also in the consolation.