MAY poured 77 on short-handed GTE 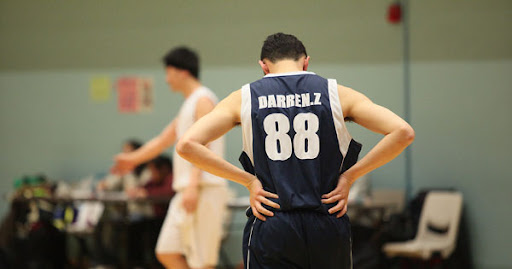 G.T. Explorers set records again for the opponent as they allowed 77 points from MA YING on Sunday.

The Explorers did shoot well in the first period, making four of their six shots from the floor. But they could never sustain.

Otto Chan made both his attempt when MA YING led 6-2 and Chung Ming Mok finished a three-point play and change it tow 9-4.

Jump shots by Phillip Lai and Ivan Ng helped Explorers to cut the lead at 8-11, but Mok and Ivan Shiu combined for four more points before the end of the first period.

Having to expect an empty bench throughout the game, the Explorers’ energy were out-matched since the start of the second period, when Ivan Ng was the only Explorer to score with five points. They allowed 14 more points from MA YING, who had a very comfortable 27-13 lead entering the second half.

Ivan Ng was fouled out late in the third period, when MA YING eventually finished with 27 points.

With only four players left in the 4th period, Explorers could only see the scoring gap even more widened, and it looked like a new scoring record is within reach.

MA YING continued to push the pace and capitalize with one more player on the floor to score 23 points in the final ten minutes.

77 points is the most scored by any team in any game in the League. The 27-point third period topped all other single period total in the league and the 50 second half points is also a record. The 51-point difference is the biggest margin in any game.

Former T-REX Vincent Siu is the only player involved in both 70-point games. The forward scored eight points last year in May and had six this time.