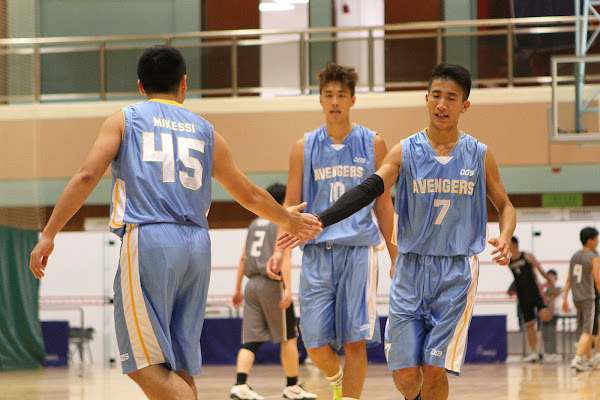 Matrices is still unbeaten since they win it all last year, Dream Team has lost once only to the invincible team just mentioned, and here comes the Avengers, which has not yet lost a second game yet, stayed alive in the Southorn Basketball Flag.

Matrices started this summer easily with a 60-point effort against SOUTHORN Tigers in the first round, followed by another rout against SAMURAI before being challenged by Dream Team in a two-point victory, and the surging team will still be idle until they know who are their next opponent. In three games, Matrices averaged over 46 points and they still afford to lose one time in this double-elimination series before they win the summer series for three straight years.

Avengers and Photons split their match-up this summer. The latter averaged over 40 points and had a better scoring margin in the two meetings (82-62), but the former did win the one that gave them the chance to advance. After the 19-41 loss on the first day, Avengers averaged 55 points in the past three games.

Dream Team may want to being avengers themselves to face Matrices again, but they have to take care the real Avengers this Sunday at Shek Tong Tsui Sports Centre at 18:00.  Played with roughly an average six dressed players each game, Dream Team still put up more than 43 points in their three contests and they won in the two when they topped te 40-point mark.

SAMURAI will meet MA YING again in the same evening in the classification games and the winner will fight for the 5th place against Ryders next week.