Matrices First Lost, Still One Win Away from 3-Peat 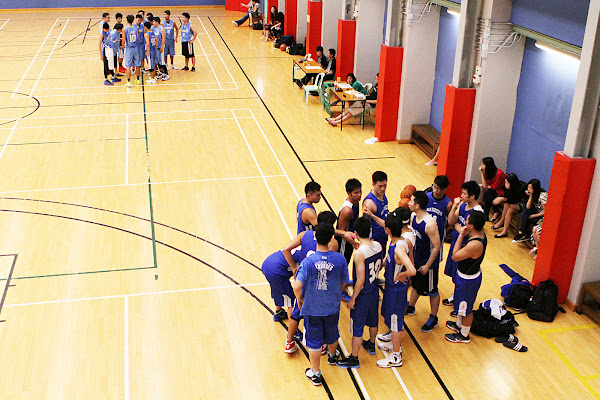 A second and final game is needed to determine who wins the Southorn Basketball Flag like in the previous two years, as Avengers beat Matrices 41-35 on Sunday. The two teams will re-match on September 9, 17:00 at Sheung Wan Sports Centre.

The two teams can now evaluate their game and will meet again in a week’s time.

Down by six points, a three-point play from Tsang Chun Kuen (MAT #2) cut the deficit to only three. Still trailing behind 35-38 with less than two minutes to play, an unsportsmanlike called on Justin Wong (MAT #5) for excessive action might not be helping. Leung Sai Man (AVN #7) made one free throw for a 39-35 lead and Avengers still have possession.

After Matrices defended the ensuing possession, Justin missed a three-point shot at the top of the arc while former Trojans Michael Lau (AVN #13) grabbed the rebound and was foul. Michael split the pair of free throws and gave Avengers a five-point lead with less than a minute to play.

Cheung Yan Ho (MAT #21) missed a three-point shot from the left wing, Derek Fong (MAT #13) grabbed the rebound but lost the ball out-of-bound as the final hope slip away for Matrices to become the the first unbeaten team throughout the series.

Matrices players in Wild Six uniform lost game one also in 2010 and Wild Six won in second game. Matrices come back from the loser-bracket and beat B.O.B. twice to become winner at last in previous year. This will be their third time to play a final game as “Team B” on the score sheet and they will try to win the Flag series three times in a row this Sunday.

Ryders were looking to have their second victory for 39 minutes before Vincent Siu’s layup went in that gave MA YING their first lead in the game and the latter hang on to win 40-38 in the 5th-place game. SAMURAI and SOUTHORN Tigers will play for the 7th-place after the Final on Sep 9. It will be the 13th match-up between these two old teams.