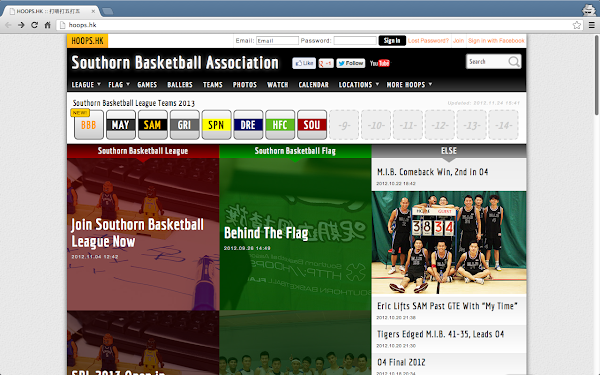 Just a quick note there are eight teams confirmed to join Southorn Basketball League 2013, while at least a few teams verbally said they will join and some other teams are considering.

The two first-generation team SOUTHORN Tigers and SAMURAI are among the eight confirmed teams. Defending champion MA YING is featured and looking to repeat as back-to-back winner of the League, while there is one brand new team called BBB.

The League is still open, please read this again for information: