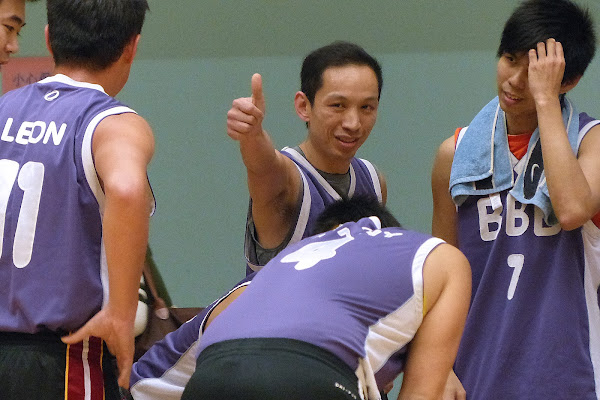 B.B.B. dominated the game right at the beginning, making their first three field goals and shot 7-for-15 in the first period as the new team led 16-6.

Bernard Sin (RYD #4) filled the box score with 11 points, eight rebounds, four assists to go along with one steal and block each but was 5-16 from the field.

Down by eleven points in the second period, Bernard’s three-point basket helped Ryders to stay in single digit deficit entering the half time break. But BBB started the half time with a big 12-to-nothing run as they stretched the lead to twenty, and the game looked to blow out.

Chan Chi Lung missed three of the four free throws in the span but made three 0f his four attempts from the floor for seven points and Kenny added two points plus a three-point play for five points in the third period.

Bernard, Sit Siu Yu (RYD #1) and Thomas Ho (RYD #25) each scored at the end of 3rd period to complete a 7-0 run but Ryders was still down by 13 points entering the final stanza.

B.B.B. not only cooled off in the final period, they also lost Ian Leung (#5) as he dived for an out-of-bound loose ball. He fall on his knee and was helped off court. Joseph Tsui (BBB #15) also left the court later with an apparent ankle sprain but could walk back to the bench by himself.

Ryders took advantage of the cooled off BBB, as Thomas made his second trey which concluded a 14to help Ryders cut the deficit to 32-38. Beanard made his basket and made it a five-point game down the stretch.

However, while Ryders lost the composure with various turnovers down the stretch and failed to rally back , BBB close the game with a nine-to-nothing run for a second straight victory after joining Southorn Basketball League.