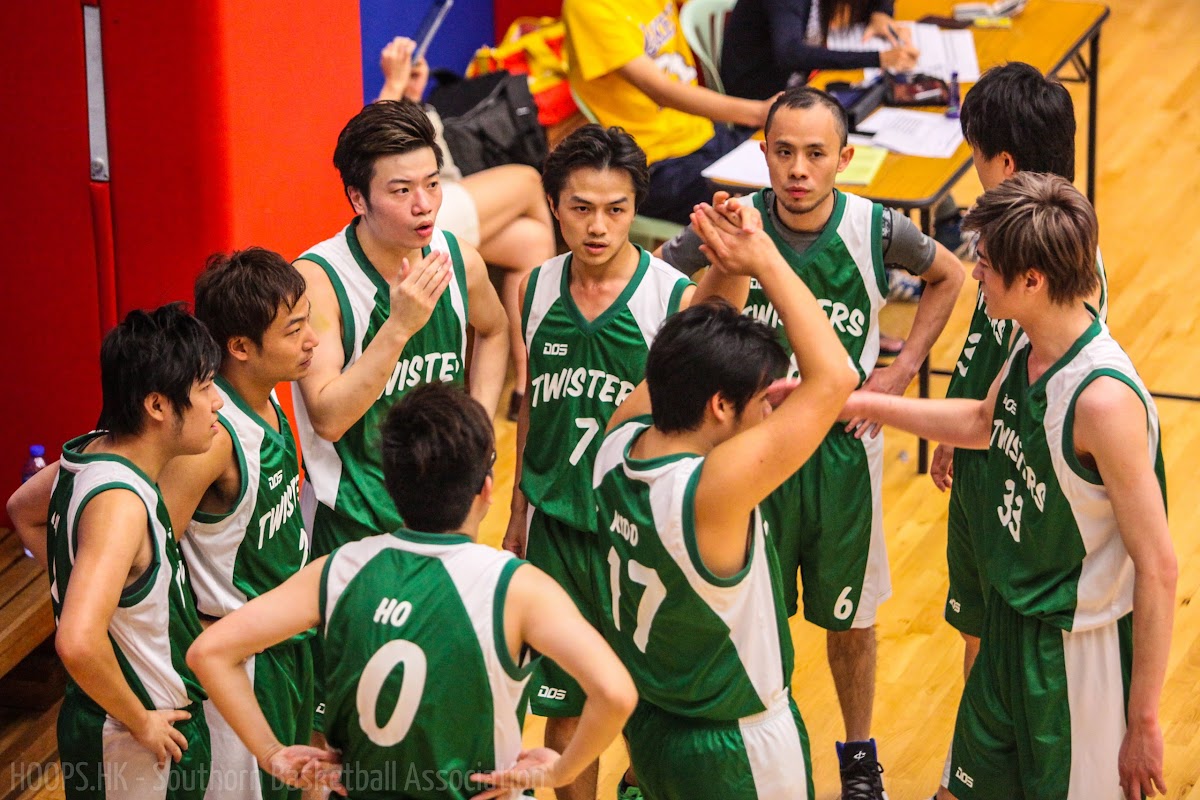 Twisters is one of the three new teams joined Southorn Basketball Association this year. The team in green uniform started their début against another new team M.I.X. when they trailed behind by eight points in the end of 3rd period. Twisters tied the game at 31-all down the stretch but lost the game.

Twisters won their next game however, which featured two ties and three lead changes in only the final minute against Mystery, the team which ultimately revenged in the 7th-place game.

After scoring only a team-record low 23 points against the eventual champion Photons, Twisters score over 40 points for the first time against SOUTHORN Tigers in the consolation bracket but lost this and the ensuing game.

Terence Tan (#33) averaged nearly a double-double in three games, averaged 9.7 boards and 8.3 points, both team-highs. James Fan (#21) seconded in points with eight points in four games. James had 14 rebounds in the 7th-place game which tied the best single-game rebound record in Flag 2013.