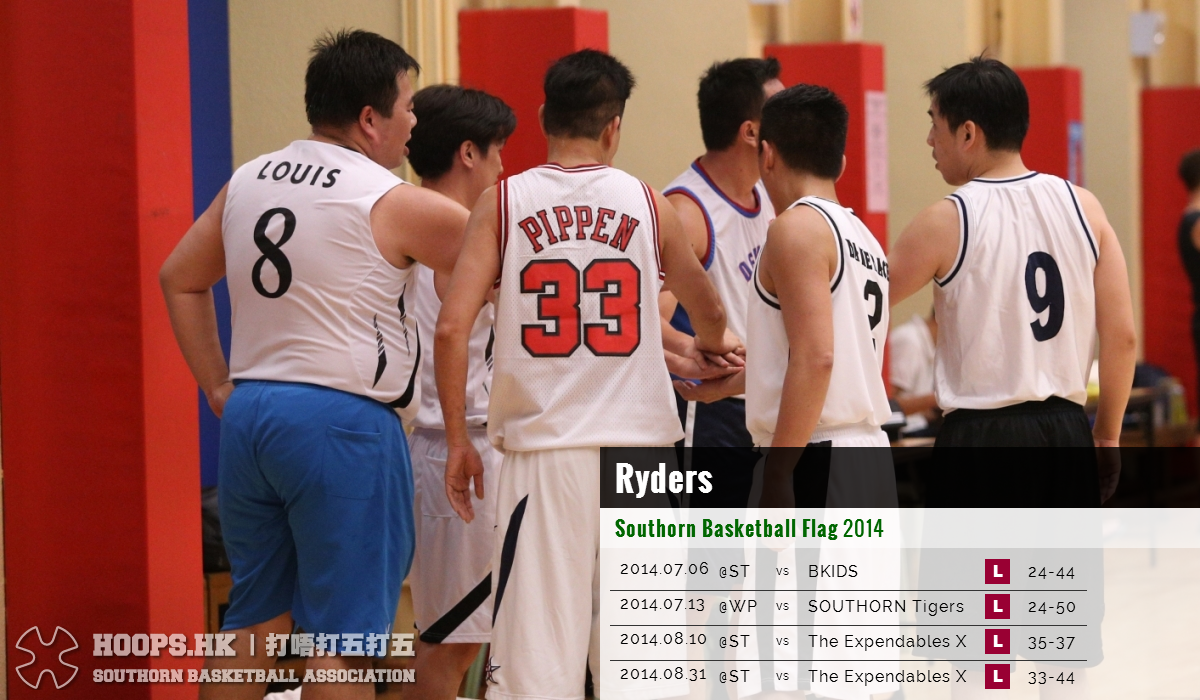 It’s now two full years since Ryders first joined SBA. While they are fighting hard, they cannot close this summer series with a victory.

The first consolation game by Ryders against The Expendables X was tied at 35-all with only about seven seconds left but Ryders saw Ken Yuen scored a layup under their basket as time expire and so they could only fight for the 8th place.

Three weeks later, they have the chance to revenge when they face XPX again for the 8th place. However, with only five dressed players, RYD were exhausted in the second half, resulted in a score-less third period. Losing 33-44 in this game put the Ryders at the last place this year after ranked third in last year’s Flag.

They started Flag series against the eventual champion BKIDS. Including the first play-off game in the League in May, it was the second straight game which BKD scored 44 or more points on them while allowing only 25 or less.

The next game against SOUTHORN Tigers, surprisingly, was another un-match at least in terms of the 24-50 result. This was the biggest margin RYD has lost in eleven games played in SBA in 2014.