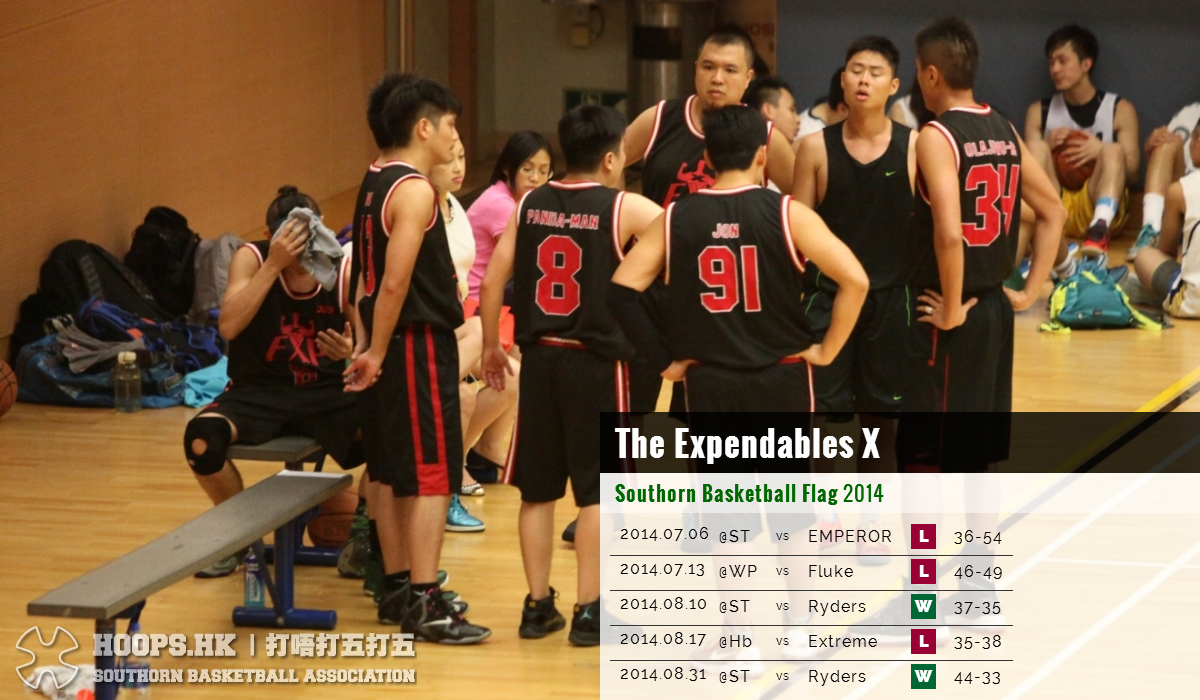 The Expendables X tried, but still fell to only the 8th-place game, which they’ve won it.

Losing 36-54 in the series debut to the 1st-runner up may not be too disappointing, but giving up a 5-point third-period lead to the Fluke has dropped them in the consolations.

Ken Yuen (XPX #8) ran out the clock, broke the 35-all tie and scored the game winning layup against Ryders to enter the 7th-place game.

XPX actually erased a 6-point first half deficit and had the game tied through three periods, but despite 12 points and 10 rebounds by big man Matthew Ng (XPX #34), they couldn’t beat Extreme at last in the 35-38 loss and needed to face Ryders again for the 8th-place, which they got it by a 44-33 victory to conclude this Summer.