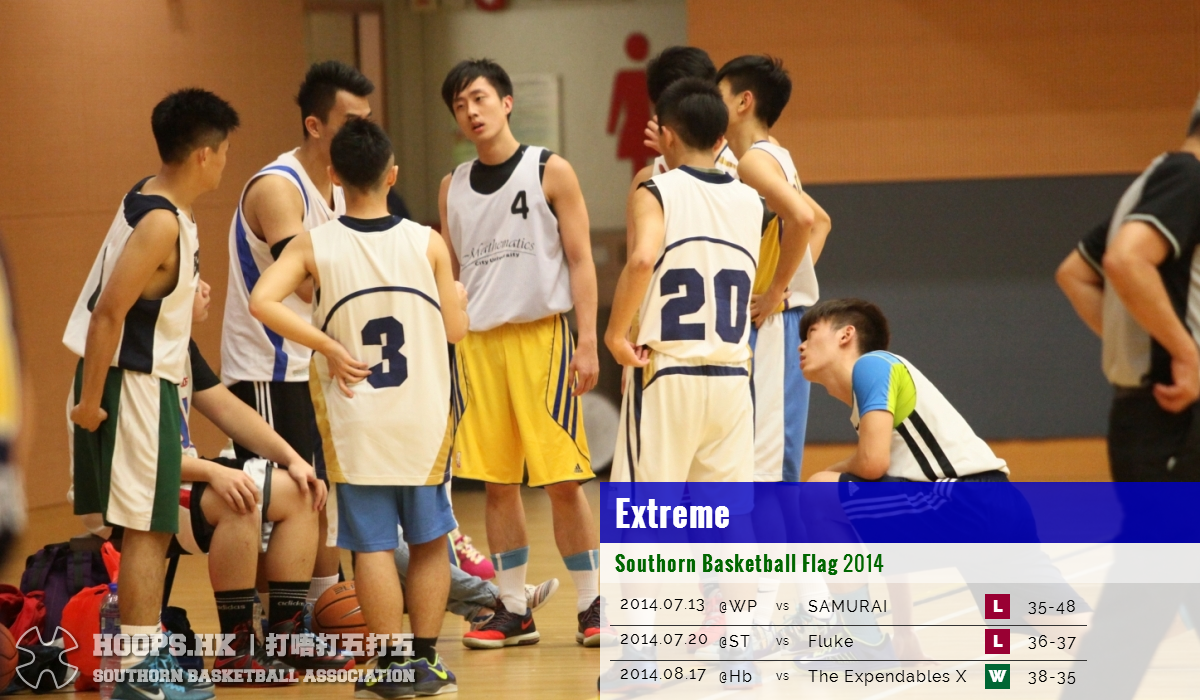 Two top players from a former champion team needed a third try to win their first game as a new team called Extreme. The new team Extreme looked too fresh in their debut, when they were completely out-played by SAMURAI in a 35-48 loss.

In the next game, XTR played much better against Fluke and they led through most of the first three period. However, they have given up a nine-point, 4th-period lead in their second game and this second loss drop the new team to consolation games against The Expendables X.

With the finally-come 3-point victory against XPX, Leo Chin (XTR #3) and teammates finally tasted a first win behind 15 points by Chiu Ka Wai (XTR #4). Including games played for Dream Team in 2013, it was the 9th time in ten games Chiu scored eleven or more points.

SBA is looking forward to seeing them in action again in 2015.