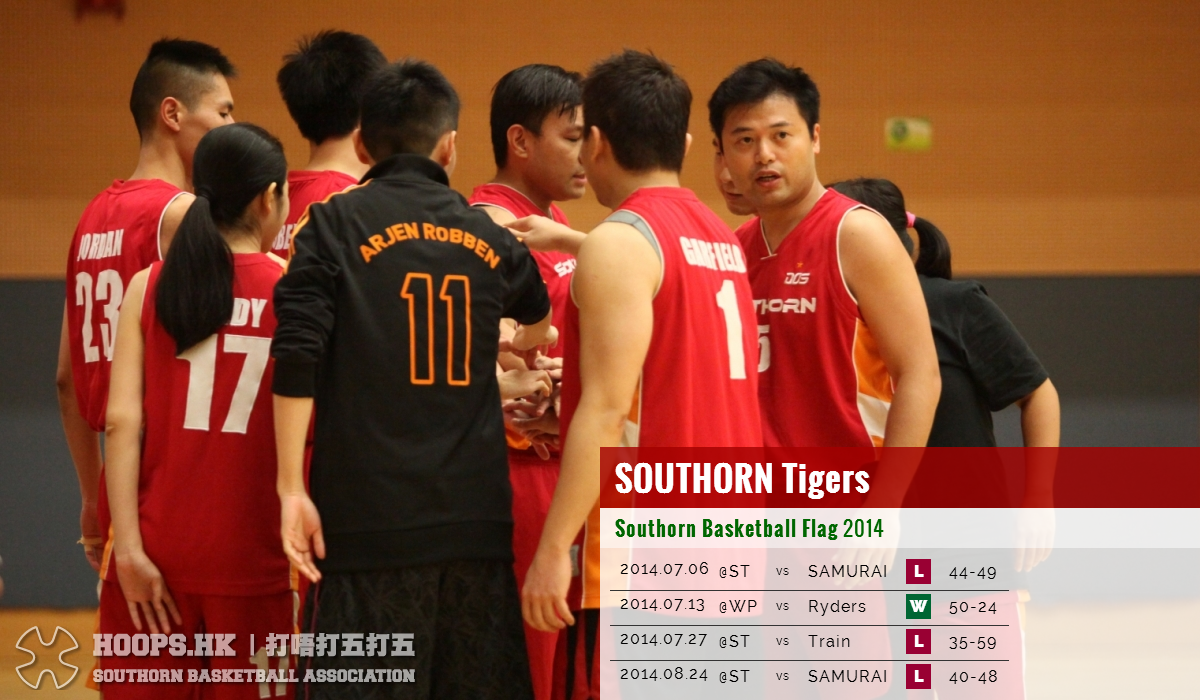 SOUTHORN Tigers were forced to play small ball, not because it is the current trend. They ranked 6th this year in Flag.

With the two Chow-bigmen Wilson Chow (SOU #9) and Chow Chi Wing (#21) away from the line-up, and the two Raimondian guards each missing an ACL on their left and right knees, the Tigers still managed to have one victory in four games.

An unexpected close-loss to SAMURAI in the series debut were compensated by an even more surprising 50-point effort against Ryders in the 50-24 victory, which kept the Tigers alive in the loser bracket before being routed by Train.

Out-played by SAMURAI again, the Tigers lost in the 5th-place game and was ranked 6th in Southorn Basketball Flag 2014.