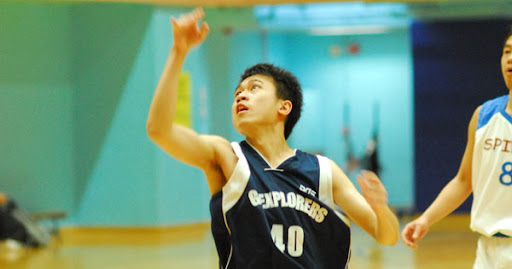 With about 3 seconds left, G.T. Explorers had the final possession in a game close enough to be decided by just a final play.

Kim Chau release the ball from his hand before the referee’s buzz, and everybody’s eye saw the ball went into the basket as SPIRIT lost in the final second. The Explorer guard made half of his ten shots in the game and tied a team-high 12 points with Kit Cheng. Van Law had 10 points and rebounds apiece for his second double-double since joining the league.

SPIRIT had only two points in the first period, when G.T. Explorers had seven. SPIRIT picked it up in the ensuing period scoring 13 points including two treys by Cyrus Lee and Andy Li. The Explorers led only one-point at half time.

Van hit both free throws late in the third period for a 22-17 advantage, but another three-point shot by Andy Li helped SPIRIT to stay in the game, cutting the deficit to only three entering the final period.

The lead did not last.

Van grabbed his own miss and scored two points to re-gain a 5-point advantage, he was fouled but missed the free throw on the potential three-point play. SPIRIT went for a 8-0 run in the next possessions including two baskets by Corn Hui.

Andy Ip missed a shot which would have made it a three-point game but Kit grabbed the rebound, Andy Ip was fouled out next.

G.T. Explorers won only once in the previous 14 games, dated back to 2007 July, a playoff first round exit.

Chi Fu Yuen was another SPIRIT player fouled out. The forward had 3 points and boards and added two assists. SPIRIT had 8 assists, compared to one by the Explorers.