TRX remain atop in division 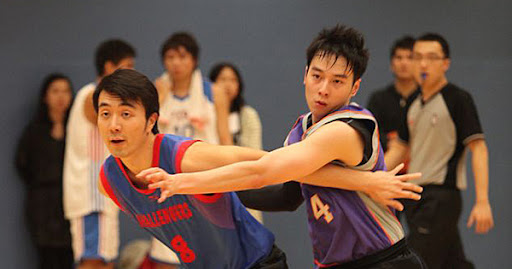 Jonathan Poon continues his strong play with another double-double, scoring 18 points and 11 rebounds against Challengers, helped T-REX for a 39-33 victory and winning four games in a row.

The game had a slow start. While Jonathan had all the team’s six points but missed all his five free throws in the first period, Challengers only had four points on 1-for-11 shooting from the field.

The two teams exchange baskets and a lead change, and neither team could get away for more than two points. Stephen Tsang tied the game at 14 before Kevin Hui hit his second trey in the second period that brought a 5-point lead at halftime.

Capped by two free throws from Jonathan, T-REX used a 6-0 spurt to start the third period which gave them a 11-point cushion, the biggest in the game. Ken Sy and Stephen provided the offenses with seven points but T-REX still kept their 11-point lead entering the 4th period.

Challengers quite had the tendency to comeback in the final period.

After Wing Kit Tang, who returned to play the first time this season, hit a three-point shot for a 35-25 lead for T-REX, Stephen answered by this trey to keep the deficit at eight again. Lap Chan’s basket near the rim late the 4th period helped Challengers to pull within 30-36 but T-REX could later run off the clock for a four straight victory.

Stephen has scored 17 or more points in three of the past four games and his 15.3 points per contest is leading the league. He averaged only 6.4 points last season a two points in 2008.

Kit play his debut this season for T-REX after passing out from Police Academy. The skinny shooter had seven points with two treys after making only four in seven games last season.

Jonathan had his second double-double in the league, both in this season and is the only player with two so far in 2010.