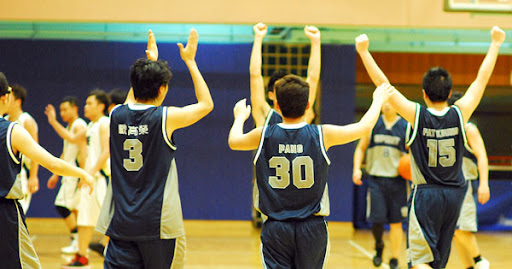 Bothered by injuries, the defending champion has been struggling this season.

Taking a 32-29 victory in this must-win match-up over Dream Team and kept the chance to advance alive.

Technically a re-match of last season’s Final, neither team looked like the Finalist. Seung Lung Chin did not attend the game and even the return of an unhealthy Man Chun Chow would not help.

After losing four straight game and the season is looking to be done, SPIRIT got Wai Keung Lee’s return and his eleven points and nine rebounds were really much needed.

Both teams were flat from game start. Chung Hong Tsoi’s three pointer for Dream Team and Wai Keung Lee’s basket early in the period were the only points of the game. Neither team could score, or even attempt a shot as plagued by turnovers, until Jefferson Tong hit two points near the end of the period. Andy Li missed all his shots including his four attempts from the charity stripe.

Concluded by two free throws from Chi Fu Yuen, he and Corn hui scored all the team’s next eight points, and the 8-2 run gave SPIRIT a seven-point advantage mid way through the second period.

Man Chun Chow, the leading scorer of the league last season, returned from a two-game abscence and scored two free throws in the middle of a 7-o spurt that ended the first half with a 12-all tie for the game.

Chun Hong Tsoi helped Dream Team to take a 14-12 lead by making two foul shots, but Wai Keung completed a three-point play for a 21-16 lead late the period. Jefferson Tong extend the lead to 23-16 at the end of that span.

Chi Fu Yuen hit a jumper for a nine-point lead with about three minutes to play but he fouled Ho Yin Tai in the next possesion and this fifth foul sent him to the bench.

Not looking like the old-self the whole game, Man Chun Chow finally made his first basket — a three-point shot — that cut the deficit to only 27-30.

After he lost the ball in the next possesion, Corn Hui was called for a second Unsportsmanlike that got him ejected automatically.

Chun Hong Tsoi calmly made both free throws , cut the lead to only 29-30 and Dream Team still has the possesion with just less than a minute to play. Man Chun Chow missed another shot after he grabbed his own miss but Chung Hong Tsoi grabbed the rebound, only after then he stepped on the baseline and lost the possesion.

Ho Yin Tai got his fifth foul and sent Jefferson Tong to the line where he hit both foul shots, made it a three-point game with only seconds left.

Seeing Chun Hong Tsoi’s desperated three-point shot bounce off the rim, the whole SPIRIT screamed for the victory just as they have won the championship.

Hitting over four trey per game last season, Dream Team made only less than two per contest in three games and was only 7-for-39 from the field on Sunday. It was only the third time and a second time since the team’s league debut when Dream Team failed to top the 30-point mark — twice this season. both in losses.

Photons (2-3) got only one game left and will face SPIRIT (1-4) on April 18 at Western Park Sports Centre. If SPIRIT beat Photons and Dream Team (1-2) is also tied for 2-4 in the end of division games, Photons will be ranked last as they lost to both the other tying teams.