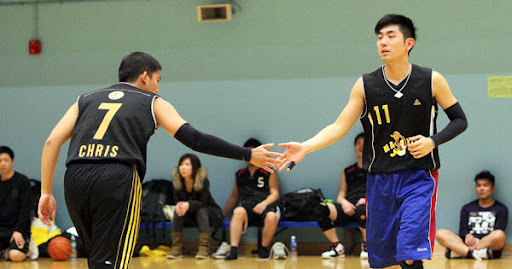 In a re-match of 2010’s Final, MA YING allowed only 23 points from Trojans while scoring 42 to win this year’s season début.

Otto Chan lead all scorers in the game by 10 points and added four rebounds, Tony Lau and Chung Ming Mok each added eight for MA YING, which had a 30-15 advantage on the glass.

MA YING started the game with a 5-0 spurt, and lef 8-4 mid-way through the first period when they face again the opponent they last met in last year’s Final. The game was still close in the first period, when MA YING only led 9-8 entering the second.

After the break, Chris Shiu hit from deep for his first basket of the season, followed by a three-point play from Danny Ho. Chris’ brother Ivan Shiu also scored his first goal, which concluded an 8-0 run and put MA YING up by 15 points.

A three-point shot by Tony in the final stanza gave MA YING a 20-point lead, the biggest of the game, as the team sealed a revenge on last year’s Final loss.

Mike Mak (two field goals) and Mike Yau (four free throws) were the only scorers for Trojans in the second half. The two guards combined for all the team’s eight points.

Jerry Lee scored seven points in first half for defending champion, which does not loss a game since a semi-final defeat in 2009 to Dream Team, the then champion of that season.

Jonathan Poon and Vincent Siu, both started for T-REX last season, combined for five points and seven rebounds off the bench. Jonathan left the game with what looked like a hyper-extended right shoulder.