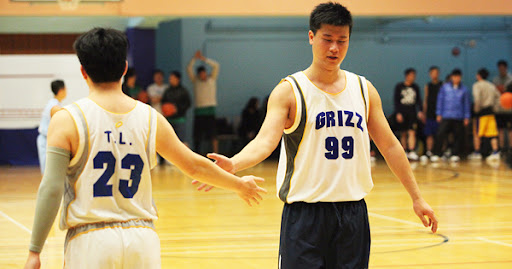 Down by eight points after the first period, Man Chun Chow scored five points which cut the deficit to only three, only before Tony Chow’s three pointer which put it back to six.

Ka Shing Hui and later Sze Man Wan each hit a three-pointer shot to tie the game at 17. Chun Hong Tsoi has his lone basketball of the game later and Seung Lung Chin added a free throw which Dream Team led 20-18 entering the intermission.

If the first period was sluggish, Dream Team was plain flat in the third, when they had zero field goals but two foul shots for two points. Meanwhile, Terence Leung and Andrew An each added a long basket and the 6-1 run ended the third period with a 9-point cushion for GRIZZ.

Terence’ third trey came mid-way through the final period and put GRIZZ up at 38-26 and the team maintain the edge towards the end of the game.

GRIZZ beat Dream Team in season opener before. Dream Team lost to GRIZZ in only their second game in the League, when Ka Wai Fu scored 21 points on five three-pointers in his season opener in 2008. Dream Team went on to beat Photons in Final in the same year.