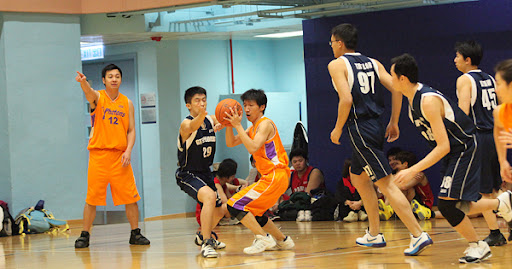 Photons was one point shy of reaching 50 points in the 49-25 victory on Sunday.

Not another 68-2 nightmare like last season, Photons still played a lopsided début against G.T. Explorers in a second straight season.

While managed to keep the deficit to single digit in the first period, G.T. Explorers scored a single point by a free throw in the second to avoid a scoreless period but Photons brought a 18-point lead into the half.

The Explorers did have a slightly better game in the 3rd period, when they scored 8 points to seven by Photons. Taylor Ng, Roy Kwok, Aston Lie and Terry Tang each contributed two points in the period but the team was still down by 17.

As the game is loosen up the rest of the time, Photons extended the lead to twenty after Max Tang hit a three-pointer at 43-23.  Max added two more free throws and Cherry concluded the game with another shot from beyond the arc as Photons topped the Explorers 49-25.

Ming Yan Tsui scored seven points and had his usual strong performance on the glass with 12 boards but continued to struggle from the field (2-10). Since a 11-13 performance last January, also against the Explorers, he had only 13 field goals on 62 attempts.

Max Tang and Cherry each made two three-point shots and both had eight points. Five Photons scored seven or more points in the game.