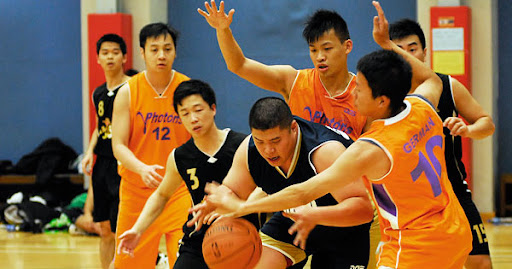 With four usual starters not with team, MA YING lost 17-44 against Photons.

Danny Ho was the only player who started in previous game when they beat the defending champion, but the big man was held to only one field goal for two points this time.

MA YING scored the game’s first goal and still led 7-5 before a time-out in the first period.

Harris Wong follow his first five misses in the game with a three-pointer and a free throw which helped Photons to lead 11-9 at half time.

A 14-to-nothing run in the beginning of second half by Photons simply put the game away early. Each team scored four more points as MA YING faced a 29-13 deficit with one more period to play.

Lewis Lau scored a team-high eight points but missed 13 of his 17 shots.

Teny Wu made all his four baskets in the 4th period. Led by Teny and Harris, each scored eight points, Photons had a balanced attack with six players scoring four or more points.

Major players including Ivan Shiu, Chung Ming Mok , Otto Chan and Tony Lau were all absent, while this year’s addition Jonathan Poon and Vincent Siu also was not with team.

It was only the 4th loss in the League and to a 3rd team for MA YING, who had scored less than 40 points only once entering Sunday.