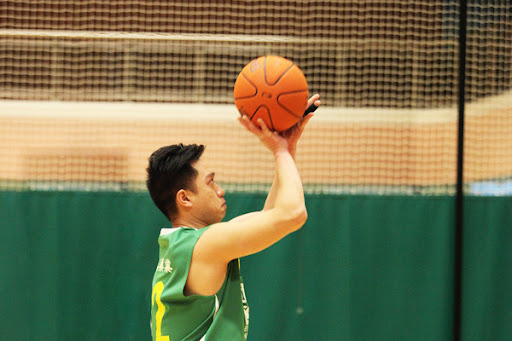 Tabo Chak (HFC #92) needs only nine more points to become the first S.B.L. players to reach the 500 point mark, and he has the chance on April 10 when H.F.C. face Photons.

Tabo averaged more than 15 points in each of the first three seasons since H.F.C. joined the league before focusing more on his all-round play than just scoring. The H.F.C. star still averaged at least eight points per game in last two seasons and four games this year.

Jerry, the scoring leader for two-time champion Trojans, has just had a second straight 20-point game last Sunday which matched his personal best with 24 points. The Trojans scorer is now averaging 10.3 points a game.