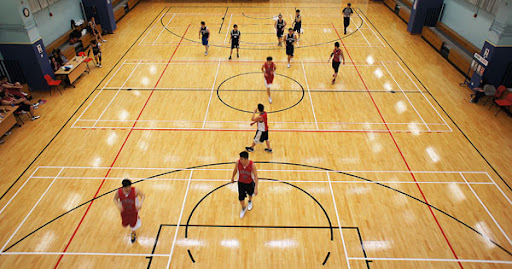 After the four games on Sunday, only two more game days left before play-offs begin, and some teams have secured the division standings already.

After two victories to begin the season, SOUTHORN Tigers (2-3) is free falling after its third straight loss in the look-to-be smaller basketball court at Lockhart Road Sports Centre and with this victory, Dream Team (4-1) secured at least a second place in the FLIGHT Division.

Seung Lung Chin scored a game high 19 points for Dream Team, who can move to the top seed still should they win their next game (against LA Star) and a loss by GRIZZ (against SAMURAI) and it will be decided on May 15.

The Explorers (0-5) cut the deficit to single digit with five minutes to play but Wyverns (2-2) did not let this game to slip away and out-score the opponent again down the stretch. The win gave Wyverns, with two games left on their schedule before play-offs begin, the chance to move up the standings but this loss by G.T. Explorers confirmed them to be the first team dropped out of the play-off picture.

Steven Chan scored 16 points for Wyverns, who still has the chance to move up to the second spot should they can beat MA YING and H.F.C. in their next two games.

While both teams struggle to score in the final minutes, Trojans failed to tie the game when B.O.B. (5-0) led 26-23 and this victory by B.O.B. secured the top seed in division.

Meanwhile, Trojans (2-3) dropped to 2-3 and their result against Photons will be crucial to the clouded and crowded middle part of the division, where there is a very high chance to have multiple 3-3 teams.

Like every games they played before, LA Star stayed close for most of the game but again they were outlasted by the opponent in the end. This loss dropped the new team to 1-4 and their last hope lies on their last game against Dream Team.

D.S.F. won two in a row and has the chance to make their division result 3-3 should they can beat SAMURAI in their final division game.