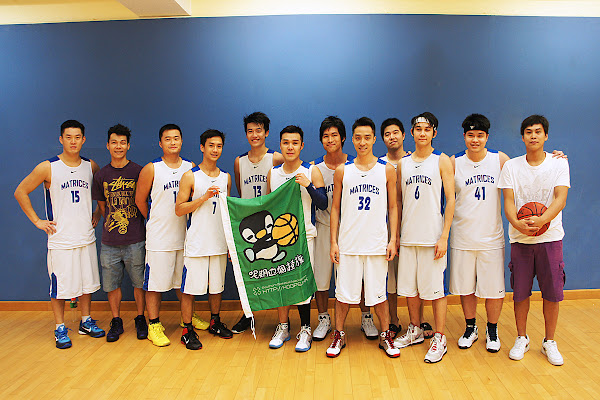 Derek Fung (MAT #13) was perfect from the line and from the field in the first half and hit 7-10 for the game to finish with a game-high 17 points. Matrices beat B.O.B. for a second time and become the ultimate winner in Southorn Basketball Flag 2011.

Things were not smooth for the Flag champion this year. Matrices handled GRIZZ in the first round and then edged Photons in the next. They failed to reach a third straight win after losing to B.O.B. in the third round and fell to the loser bracket.

After an a-bit-unexpected-blow-out win against the SBL champion Trojans, Matrices “re-born” and beat B.O.B. in the Final. Similar to Wild Six’s fate last year but in a reversed position, a second game of Final is needed to determine the winner of the series.

SOUTHORN Tigers beat SAMURAI in the 7th place game in consolation to round up this summer series after the Final ended. Patrick Lai (SAM #15) was the last samurai that showed up to give his team a 5th player right before tip-off. His final three-pointer at the buzzer only able to cut the game to six points but SAMURAI could not beat the same team three times in a year. SOUTHORN Tigers is the only team SAMURAI have beaten in 2011, in both League and Flag.