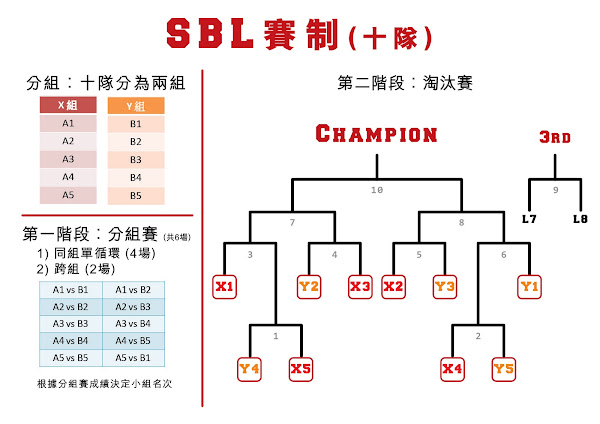 The Southorn Basketball League 2012 will soon begin with ten teams. Eight current teams along with two new squads were divided into two divisions as before and they will fight for the championship through six games followed  by the single knock-out period.

Since the number of teams changed, the format of this season is also altered so all teams will play six games against different teams before the playoffs. The classification of standings will be the same as before and the better teams in each divisions will again have a quicker route to champion (see above bracket).

The first four games will be held on January 29, at Sheung Wan Sports Centre.

The teams taking part in this season are listed below base on results of previous season. This also determines the home-and-away status in the match-ups this year until playoffs begin.

Special thanks to Wing for preparing the good looking graphic.