Mok poured 22 in Rout against Ryders 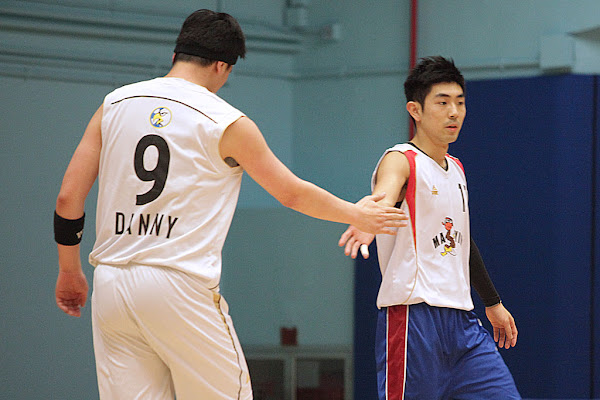 Mok Chung Ming (MAY #11) outscored the opponent by just himself with 22 points as MA YING handed the league’s new team Ryders a 46-20 loss on the first day of the season.

The two-time first runner-up got only six players dressed for this year’s debut, but the starters more or less remain the same. MA YING showed again why they were in the Final the past two years with just a single player on the spacious bench area.

Poon Yee Lap (RYD #17) had the only two points for the Ryders in the first period, when MA YING already reached double figures. Mok made a trey which extended the lead to 11 points before Thomas Ho (Ryd #25) made one for Ryders. But Mok made a back-to-back three again and Ryders could not score again until Thomas made the team’s third basket.

MA YING brought a comfortable 23-8 into the break.

Mok hit two more three-point baskets in the third period which made him the seventh player in League history to make five or more three-pointers in a single game. The MA YING star also become the first player this year to top the 20-point mark.

Ryders could never get closer than 20 points the rest of the game.

Chris Shiu (MAY #7) did not had any attempt from the field but missed all three foul shots after he drew a shooting foul from beyond the arc.

SIN KA KEI (RYD #4) was 3-on-9 from the floor and grabbed seven rebounds, and he was the only other Ryders with more than two points.