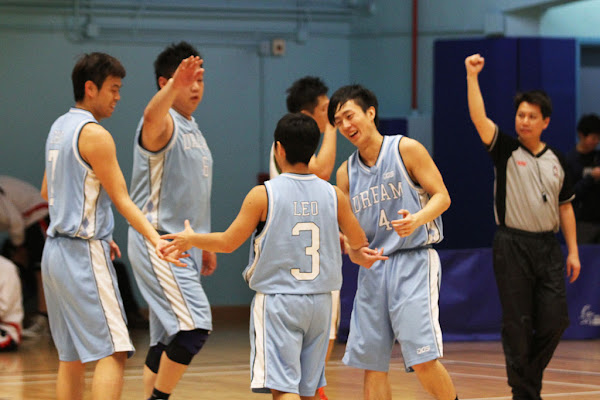 The first game of this season was started by two former champions, who combined to win from 2007 to 2009, and the match-up was close throughout. The game was tied for six times and night team could put a difference more than two points until late in the second period, but Nikko’s final basket of the first half cut it to one again.

A three-point play by Chiu stretched the lead for Dream Team to four as the second half begin. H.F.C. trail the rest of the way until Andy So (HFC #2) made a three-point basket which tied the game at 31-all.

Chim Tsz Chiu (DRE #7) added two free throws before the end of the 3rd period  with a two-point lead entering the final stanza.

Andy answered with two foul shots to tie it a seventh time in the beginning of the 4th period before Dream Team began to pull away.

Tabo scored his 10th points and cut the deficit to 35-36 mid-way through the period but H.F.C. could not score again while allowing an 8-0 spurt by the opponent that Dream Team led 9 points.

Patrick Ip (HFC #8), who grabbed 11 rebounds in the first half and a game-high twelve overall, made a three-point shot as the final field goal of the game and made the final score closer at six.

Playing through sickness, former leading scorer of Dream Team Chow Man Chun (DRE #5) came off the bench and was scoreless while missing all four attempts.

Colin Wong (HFC #7) and Tabo each had four dimes but Tabo also turned the ball over eight times.

Chin Seung Lung (DRE #3) added nine points with two swished three-point shot. Chim Tsz Chiu is the only bench player from both teams to score with five points, all at the line.

H.F.C. had eleven offensive rebounds, six from Patrick, while allowed only three of this kind by Dream Team. Dream Team was 11-for-14 at the free throw line, where H.F.C. only had three attempts.