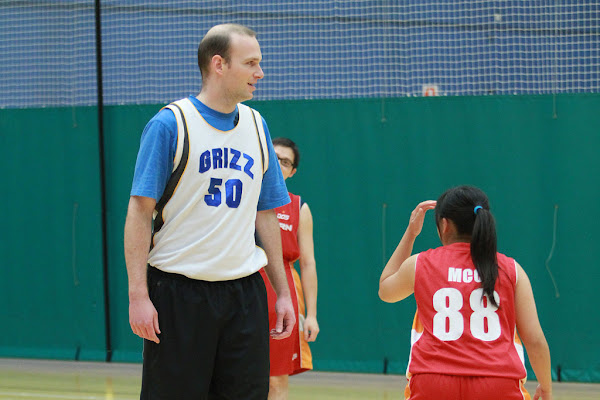 Two win-less teams, GRIZZ (0-2) and SOUTHORN Tigers (0-2) will square off on Sunday at Sheung Sports Centre for their first victory of the season. And two teams at two-and-zero will meet also on the same day in Photons (2-0) and SAMURAI (2-0) to avoid their first loss.

GRIZZ beat Tigers in all four previous meetings including a 2-point semi-final victory back in 2007.  Coming off from three losses in a row already and in their 4th game of the new season, Ryders (0-3) will face the young and quick Dream Team (1-2), who has dropped two previous games despite still averaging a points. Division-leading Chung Sing (3-0) will look for a 4th straight victory against Spartans (1-1) before Photons (2-0) and SAMRUAI (2-0), the only other two unbeaten teams, conclude the day.

[ Preview at a glance on League homepage ]