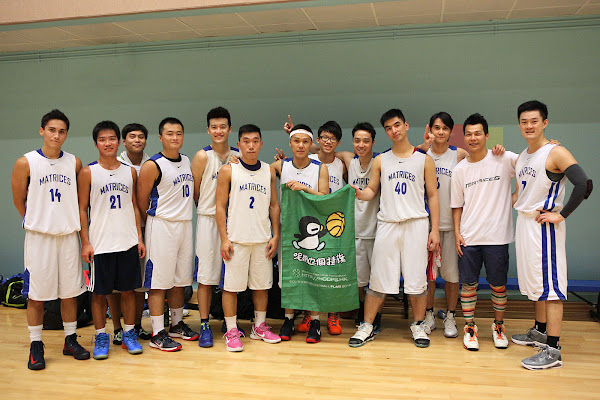 Matrices defeat Avengers 38-28 in the Final Flag game on September 9 and is still the only team that have won the series which is just three years old.

It is only the third year of the Southorn Basketball Flag, the two-time winner of this summer series had a slow start, despite against the Avengers team which was without three major players. Matrices could take a small 6-4 lead at the end of the first period, but they were trailing behind for most of the game since Avengers re-took it.

Avengers started the game with virtually a “five-guard” line-up, when Mike Mak (AVN #45) went to the jump-ball situation.

Avenger’s 4-0 run gave them a 12-8 lead in the middle of the second period. After Matrices cut it to 10-12, Avengers got another 4-0 run as they took a 6-point advantage into the half-time break.

Matrices re-group after the intermission while Avengers started to collapse.

As Matrices reduced the deficit to 14-16, Avengers could only made it a 4-point lead again before the game was tied in the middle of the 3rd period. Once Matrices took back the lead, they never look back.

Matrices lead only two points at 23-21 entering the final stanza.

Lo Mario Rodriguez (MAT #14) made a three-point shot after Avengers cut it to 22-23, he made another three before two more Matrices baskets which capped the 12-point spurt, extended the one-point lead to a 13-point cushion in the 4th period that was comfortable enough for Matrices to win this game.

Wong Tin Yau (AVN #23) scored a team-high 11 points and no other Avengers scored more than four points. Avengers shot just above twenty percent from the field and was 1-for-13 from three-point range.

Matrices had a 39-23 rebound advantage and while they have no blocked shots recorded, their opponent had four. Three of them came from Michael Lau (AVN #11), who had now accumulated a HOOPS.HK-leading 55 blocks.

Jerry Lee (AVN #9) was held scoreless, the first time ever since he first played the Southron Basketball Association in 2006.

Avengers were without their leading scorer Cheuk See Ho (AVN #10), Leung Sai Man (AVN #7) and shooter Cheung Chi Wang (AVN #6), who were reported playing music for the same band and were out of town.

SOUTHORN Tigers, despite short-handed, beat SAMURAI 51-43 on the same day in the 7th-place game.