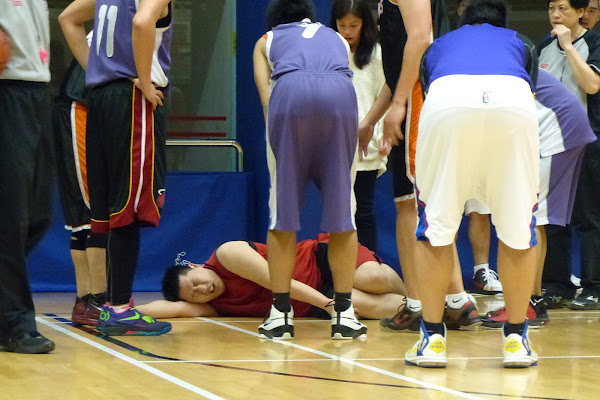 Yes, injury is very common in sports. But it does still mean we should pay attention to as much as how good we play the game. Passion or “heart” is not the everything we need for the game.

The third game day was held on the 50th birthday of Michael Jordan, but there were two players lost on just the first game day in the Year of Snake.

Ian Leung from BBB injured his right knee after he dived for a loose in the 4th period with the opponent as he fell on the ground on his knee. He was helped to leave the court by four teammates but while it is unknown the severity of the injury, it surely was not looking good.

Later on the same day, Wilson Chow (SOU) sprained his right ankle while chasing back to defend a fast-break play from H.F.C. as he tried to avoid a crash with teammate Patrick Tse, who was diving for the ball but turn out blocked his team-mates path and sent him to court side. 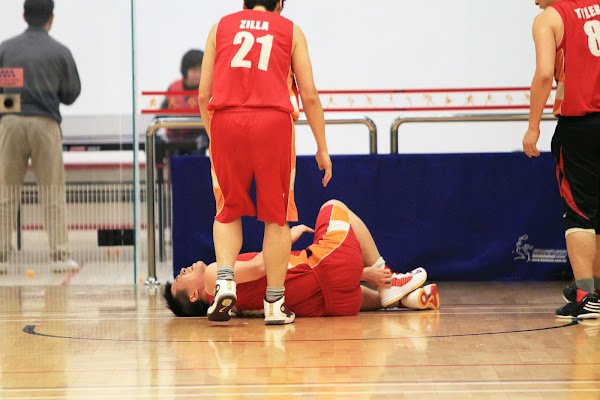 Already known injured players include Kevin Tsoi (DRE) and Wan Kong (SPN) who is going to have or just have had surgery for their torn ACL surgery in February respectively, and both expected to miss at least the whole 2013. Two more players from the “All-ACL team” last year are Ken Leung (SOU) and Au Chi Chiu (SAM, MAT), who had surgery last year and still has no time-table to return for game action.

Not only Rajon Rondo and Leandro Barbosa is following this “trend”.

Wish every player healthy and healthy, and play longer.