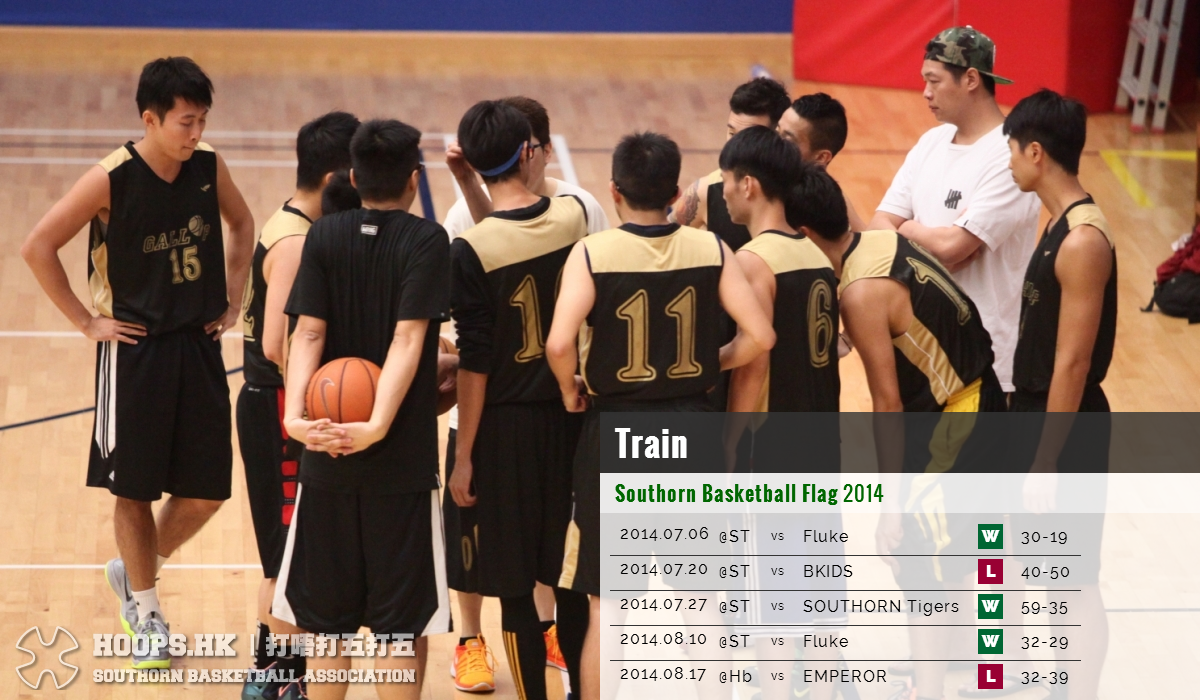 Train was the 3rd-runner up in the League, and they just rank 3rd in the Flag.

Train lost in the third-place game in League earlier this year, but they also failed to reach the final fight in Flag. Well, their only two losses are both to the teams that eventually ranked above them.

After a 10-point loss to BKIDS in the second round, Train stayed alive by winning two straight games in the loser bracket, including a second time victory over the same team Fluke.

In the win-or-go-home game against EMPEROR on August 17, TRN had a half-time lead at 19-16 and they were still leading 27-26 entering the final period. While their opponent missed 9 free throws, at least they made 16 of them. However, despite 20 points by Ho Tsz Hin, TRN was 1-for-7 at the free throw line and they were just close but not enough to go back to the winning bracket.