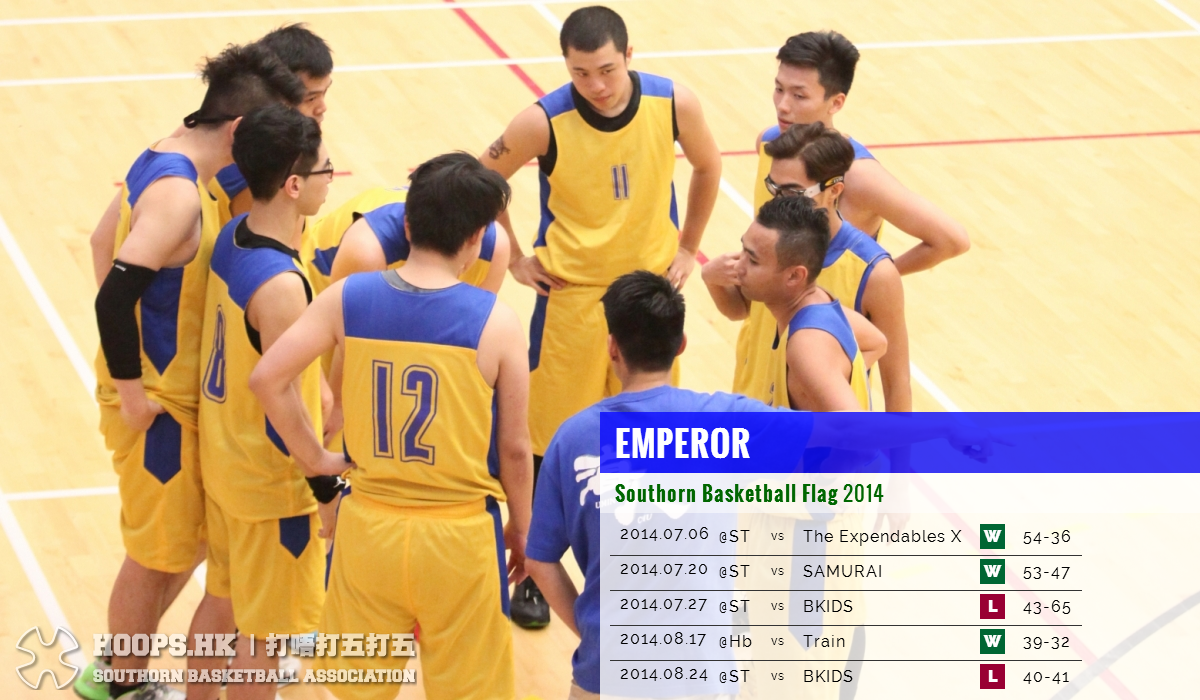 EMPEROR was only seven seconds away from forcing a game two and the chance to become Southorn Basketball Flag Champion in 2014.

Chow Man Chun (EMP #26) made a free throw which tied the game at 39-all against BKIDS in the champ-fight and he drew another shooting foul with only seven seconds left in the game. He made the first for a crucial one-point lead.

With seven ticks left on the clock, Chow making the second would have forced BKD for either trying to win by a three-point basket or to force an over-time by a two. Unofrtunately, Chow missed this critical freebie and saw the opponent grab the rebound, made a first pass to mid-court, followed by a layup under the basket by Alex Chan (BKD #1), who complete the fast-break and game-winning shot right before time expire.

EMP settled to be the number two again after losing in the League Final two months ago.