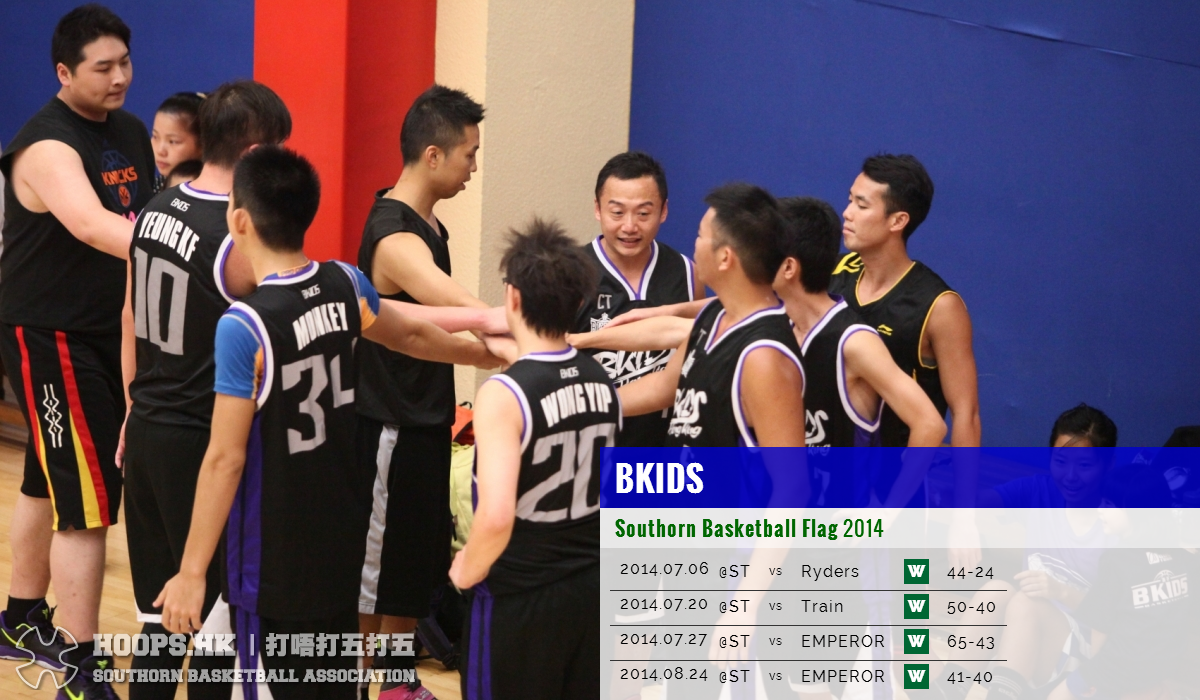 BKIDS made history. This is the first time in five years when only one game is required to determine a Summer King.

BKD won four straight games in Southorn Basketball Flag 2014. After a 20-point victory over Ryders to start this summer, BKIDS had a another rout against another strong team in Train. When they were two wins away from winning it all, EMPEROR was the only obstacle.

The first try by EMPEROR was not too successful, as BKD started with a 21-8 first period to finish a 22-point win. Chu Ho Man made five three-pointers for 17 points while Heung Hou In added a double-double in this game with 15 points and 12 rebounds.

While all teams will only be “done” after two losses, BKD does not even had a single one.

In the first game of the two-game champ-fight series, the game was tied five times with eight lead changes. EMP had a 5-point lead early in the 4th-period that did not last long. BKD took a 39-38 lead after Wong Ka Ki (BKD #5) put back his team-mate’s miss in the final moment but they cannot stop Chow Man Chun (EMP #26), who made one of his three free throws for a tie.

With seven seconds on the clock, Chow made the first free throw for a 40-39 lead by EMP but missed the second, which become the biggest missed basket for the team. BKD grabbed the rebound, utilized exactly all the remaining time to finish a fast-break basket, left the EMP players stunned as they take this 41-40 triumph and become Southorn Basketball Flag 2014 Champion.