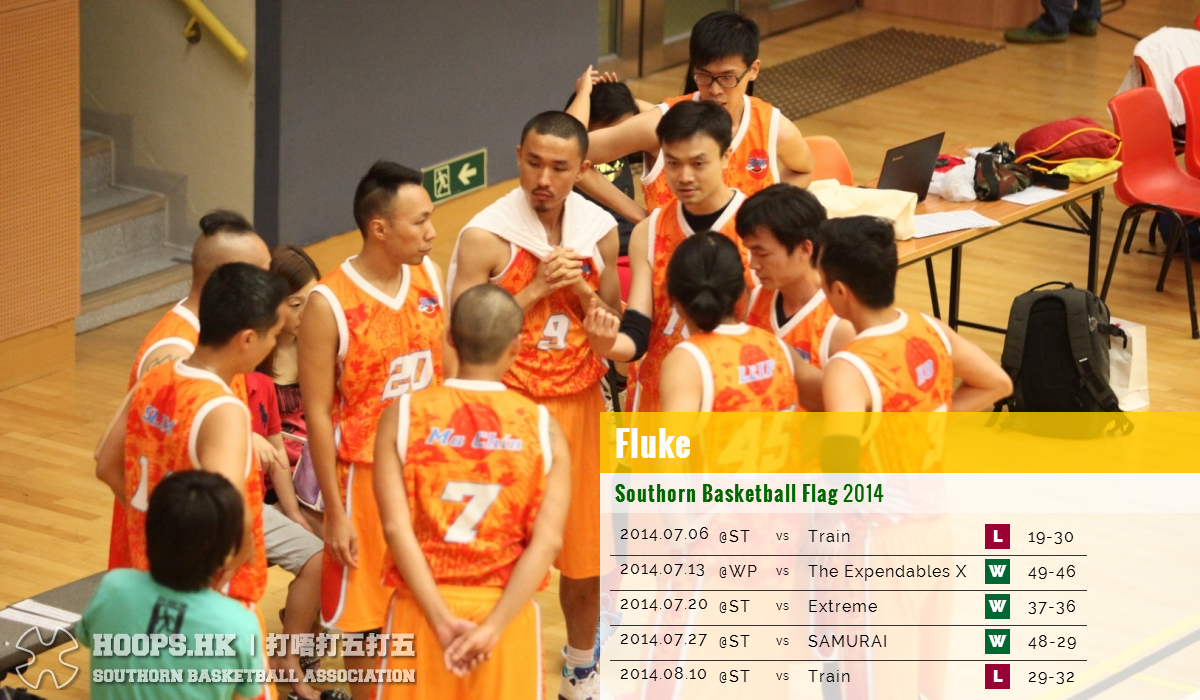 A team formed from scratch, the only fluke is the 19-point effort in the season opener. Fluke, actually, is no fluke.

The 19-30 loss to Train as the first ever game in Fluke’s team history may made others think they are another mediocre team, but they are not.

Fluke comeback from behind with the help of a third-period boost from Japanese female player Saori Ma (FLK #4) and 20 points by Ng Ka Chun (FLK #10), and took a 49-46 victory against The Expendables X as they advance in the loser bracket. They beat another newbie in Extreme by another comeback effort as the 37-36 victory as they avoided a second loss yet.

They were not ready for the second defeat yet, as they continued to win in the loser bracket for a third straight time after they routed the sluggish SAMURAI before finally they lost, again, to Train, the only team they couldn’t beat this summer. This game was still a close one but the 29-32 result gave Fluke a 4th rank of the Flag.

Same as Extreme, the SBA is looking forward to seeing them in action again next year.