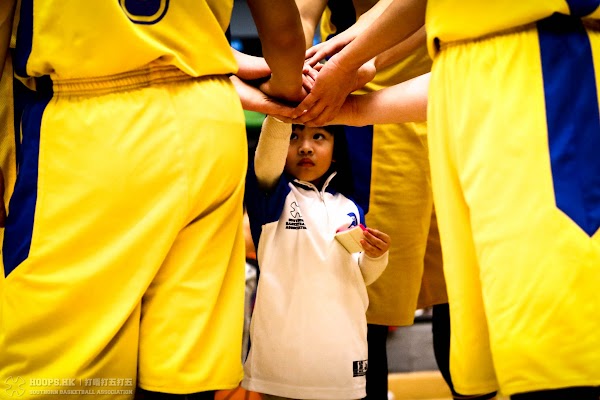 Eight teams have finished the six division games of the Southorn Basketball League 2016, but the most of the play-off positions could still be only finalized after next Sunday at Smithfield Sports Centre.

The defending champion EMPEROR was unbeaten, have assured a first-place in division and will be idle until, tentatively, April 24, in the second round of play-offs. At the same time, there could still be some significant changes otherwise.

BKIDS was the only other unbeaten team but their final match-up could put them only to a second place because if they lost to Millennium, both teams would be the only 5-1 team in the group, while Millennium will own the tie-breaker and ranked first.

In both cases, BKD and Millennium will be ranked first and second unless Millennium forfeit the game. Should this rare case happen, they would be tied with H.F.C. as both teams got 9 pts in the classification, while H.F.C. has beaten them last month and would rank ahead.

The Expendables X, the now-second place behind EMPEROR, has an edge currently with four wins in hand already, but they could still fall if Train win their next game as Train owns the tie-breaker against them. If Train lost, they would confirm a second place regardless of SAMURAI’s result because they own the tie-breaker this time. However, things could be complicated if both SAMURAI and Train win next Sunday, which would result in a three-way tie (see below table).

GRIZZ could still ranked 4th if they win next game, as they will tie Fluke for points in division while owning the tie-breaker against Fluke. Thus the 4th-5th place of FLIGHT division would depends on the result of a re-match between GRI-SOU, GRIZZ won 39-30 in their previous meeting.

* SAM owns tie-breaker against TRN; While a possible three-way tie would happen if TRN and SAM both win on March 27

z – position confirmed regardless of the game result of March 27.

If there will be a three-way tie between the three teams in FORCE Division, TRN will be ranked 2nd, followed by SAM and then XPX based on their match-up results: 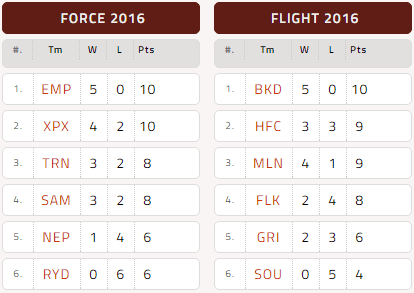